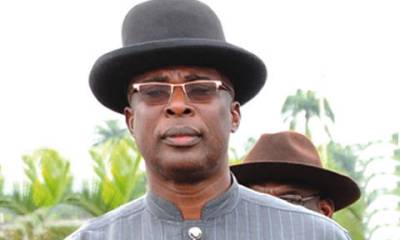 Labour unions in the Nigerian oil and gas sector may shut-down operations unless the crisis between Arco Group Plc and General Electric International Operations Nigeria (GEION) is urgently resolved.

Sometime in October, the leadership of PENGASAN and NUPENG had given the government and industry stakeholders 14 days to call GEION to order.

In a letter signed by PENGASAN’s General Secretary, Lumumba Okugbawa and his NEPENG counterpart, Olawale Afolabi, the union had threatened to shut down operations of petroleum if their demands were not met.

The letters were addressed to the Minister of State for Petroleum, Timipre Sylva, and key players in the sector complaining against the non-payment of terminal benefits and allowances to their members, who were laid off by Arco Group Plc in August 2016.

While calling on the stakeholders to compel GEION to pay their the entitlements of their members, they, however, threaten to embark on a nation-wide sympathy strike with their colleagues in Arco Group Plc.

The unions decried the inability of the Federal Ministry of Labour and Employment to resolve the crisis.

They noted that the reconciliation meeting which held between ARCO, Federal Inland Revenue Service (FIRS) and GEION failed to yield the desired result.

“The patience of our members is at the breaking point as they see their colleagues from ARCO wallowing in deprivation and hardship after toiling for several years due to deliberate ploy od some individuals and organisations to elope with the fruits of the labour,” the letter reads.

“We, therefore, call on relevant authorities to compel GEION and any other concerned parties in this matter to do the needful for our members to get their final entitlements without further delay; failure of which the unions would be left with no other option but to go on sympathy industrial action nationwide for the entitlement of the workers to be paid.”

READ ALSO: The Parable of SABC And General Electric

ARCO Group Plc had provided services to GEION under the Global Maintenance Services Contracts for the Nigerian Agip Oil Company (NAOC) Gas Turbines from 2006 to 2015.

During the contract period, ARCO’s payments for the services were routed through GEION, which had the corresponding duty under the Nigerian tax laws to deduct withholding tax (WHT) from payments due to ARCO and remit same directly to the federal government through the FIRS.

While the approved statutory deduction rate was five per cent, however, GEION unilaterally applied 10 per cent in ARCO’s invoices.

ARCO protested the illegal deduction but GEION claimed the statutory rate was 10 per cent and that the monies deducted had been remitted to the FIRS.

But the value of the WHT credit notes issued by FIRS to ARCO, as evidence of receipts of deductions remitted by GEION did not match the amount that was deducted from their invoices.

ARCO raised the issue again with GEION and both parties agreed that clarification should be sought from the FIRS on the appropriate and applicable WHT.

When the FIRS later responded that the statutory rate is five per cent, GEION contested the position through their tax consultants, the PriceWaterHouseCoopers (PWC).

The FIRS reconfirmed its earlier position, adding that GEION remitted only five per cent and not 10 per cent as claimed it claimed.

The FIRS further directed GEION via a letter dated January 14, 2019, to remit the outstanding five per cent or provide evidence of payment within 10 days from the receipt of that letter.

Unfortunately, GEION has refused to act further to pay what they unlawfully deducted and withheld from ARCO over the nine-year period.