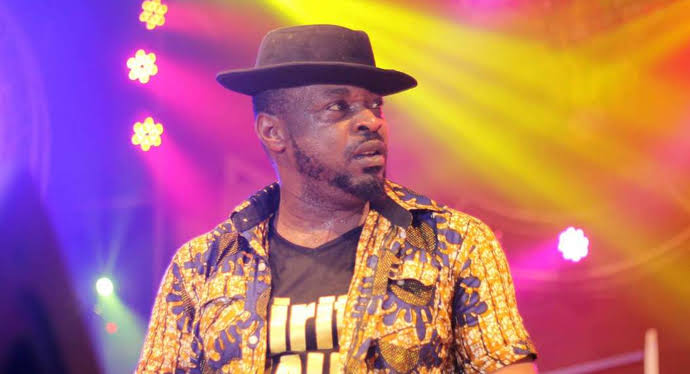 Veteran Nigerian artiste, Eedris Abdulkareem, has appreciated his fans, colleagues and well wishers for their constant prayer, as he battles with kidney failure.

The singer was diagnosed with a kidney problem and hospitalised.

The singer took to his Instagram page in a video clip, to inform Nigerians on how he was feeling, stressing that he strongly believed he would successfully overcome his current situation.

He said that he had a strong spirit that he would come out of his current situation successfully, as he thanked Nigerians for their prayers and support.

According to the rapper, he had started to undergo his weekly dialysis regime.

“Hi my people, this is me undergoing my weekly dialysis regime in high spirit and with strong belief in the efficacy of your prayers, love and care!.

“I sincerely want to thank and appreciate those who have reached out to me and my family in support.

“Your assistance, kind gestures, get well soon wishes and prayers are highly appreciated and therapeutic to say the least.

“Thank you so much and God Bless you!

Abdulkareem is a Nigerian hip hop artiste, singer and songwriter, who started his music career from long.

The singer came to limelight after being part of the group, Remedies which includes the likes of Tony Tetuilla and Eddy Montana before they finally went their seperate ways with each taking up a solo career.

He released his first solo album, “Pass” in 2002, which was well received by music pundits, followed by Mr Lecturer, which mainly focuses on the sexual harrassment in Universities.

He dropped another album “Jaga Jaga” in 2004 which was even more controversial than his previous ones, the song centered on the corruption and suffering in Nigeria and was banned on radio and television stations by the then president, Olusegun Obasanjo.

The rapper has received numerous awards and recognitions due to his immense contribution to the growth and development of entertainment industry. NAN