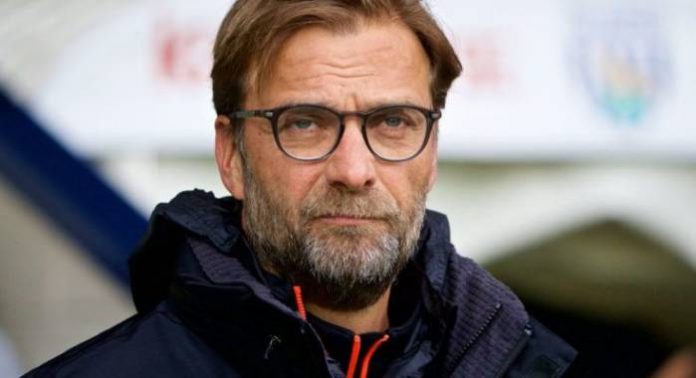 The result put Leicester up to second, four points behind Manchester City, who host Tottenham later Saturday, while Liverpool are fourth, 10 points off the pace and short on confidence.

“I can’t believe (the question), but yes,” Klopp said, when asked if the title chase was over.

“I don’t think we can close that gap this year.

“We are not worrying or whatever about the title, we are not silly. We have on Tuesday a tough game (away to RB Leipzig in the Champions League) and then on Saturday again, a derby.

”So, these are the things we are thinking about. We want to have still a good season in the end, we have to win.”

Liverpool gave Ozan Kabak a debut at centre-back and they were much improved for the first hour, with a number of chances to score.

And when Salah placed a superb shot into the far corner on 67 minutes after nifty footwork from Roberto Firmino, it looked like they would win it.

But after Thiago gave away a free-kick on the edge of the area —- eventually confirmed by video review (VAR) —- Maddison fired the free-kick into the net.

The goal was given by VAR after it was initially ruled out for offside against Daniel Amartey.

For the second match in succession, Liverpool goalkeeper Alisson then made a massive mistake in a mix-up with Kabak, allowing Vardy to run in on an empty goal.

Liverpool full back Andy Robertson said the result was “a huge blow”.

READ ALSO: Show Genuine Love To One Another At Valentine, Educationist Urges Youths

“We played with a lot of confidence for large parts of the game —— played the ball really well,” he said.

“Then I don’t know what happened in the last 10 to 15 minutes. It can’t happen in a game like this. We really need to look at that. Every game is massive for us now. We need to put an end to it.”

Leicester City manager Brendan Rodgers was delighted with the win over his former club.

“It was a very good win. They players deserved it.

“We didn’t sink when we went a goal behind, we stayed calm and the players were brilliant in that period —- a real collective team performance.

“You can see the improvement in the team’s mindset. Our reaction was superb,” he said.

In another 2020/2021 EPL match, Burnley moved up two places to 15th thanks to a 3-0 win at Crystal Palace, with Johann Berg Gudmundsson, Jay Rodriguez and Matthew Lowton scoring.(dpa/NAN)