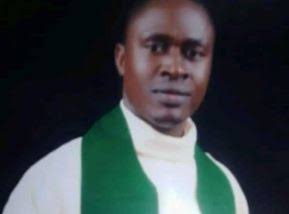 The Catholic Diocese of Otukpo in Benue State has announced the release of Rev. Fr. Peter Amodu from captivity, three days after he was kidnapped.

In a letter signed by the Diocesean Chancellor, Rev Joseph Aboyi Itodo, Rev Peter, who was kidnapped last Wednesday evening was released on Friday at about 8:30 p.m.

The letter read in part, “It is with grateful hearts that we announce the safe release of our priest, Rev. Fr. Peter Amodu, CSSp from abduction.

“We express our deepest appreciation to God for the safe release of our priest. We sincerely thank all the priests, religious, lay faithful and all people of goodwill who showed strong solidarity and offered prayers for the speedy and safe release of our brother. May the good Lord reward you without measure.

“While commending the lives of other numerous people who are held captives by criminal gangs in various parts of the country to the Lord for their safe rescue, the chancellor said “we pray that through the efficacious intercession of the Blessed Virgin Mary, the Lord will preserve us from all evil and restore sanity to our country Nigeria.”