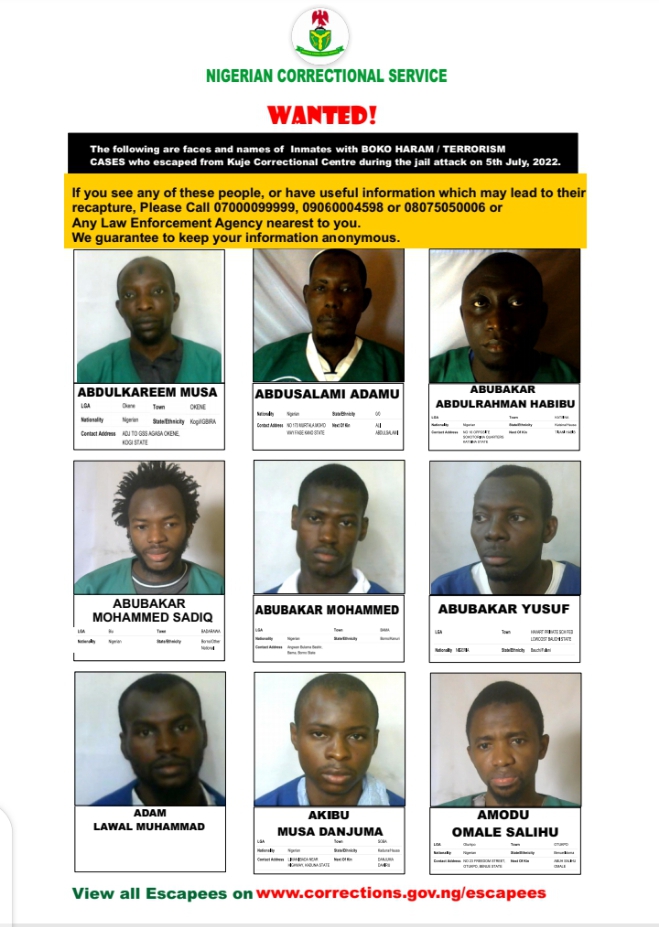 The Federal Government has on Friday declared wanted, 33 of the inmates who escaped from its Kuje Medium Security Custodial Centre in Abuja on Tuesday night.

The 33 inmates were said to have cases relating to terrorism and being members of the Boko Haram sect.

The terrorists had on Tuesday night launched a daring attack on the facility, bombing their way in and freeing 879 inmates.

Among the inmates declared wanted were at least 64 persons who have terror-related charges on their necks.