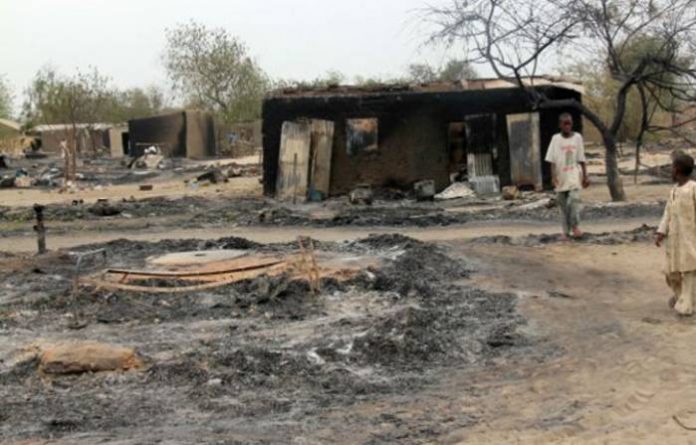 No fewer than four people have been killed and many houses burnt in a clash between Fulani herders and Irigwe youths in the villages of Bassa Local Government Area of Plateau State.
The spokesman of the State Police Command, ASP Ubah Gabriel, who confirmed the incident, said fifty houses were torched in the incident.
He said, “On 31/07/2021, the Command received a report that there was a conflict between gunmen suspected to be Fulani Militia and youth from Irigwe at Jebbu Miango, Bassa LGA of Plateau State.
“Unfortunately, fifty houses were torched and four natives were also shot dead.
“Upon receipt of the report, the tactical team of the Command were immediately deployed to the scene to tighten the security of the area and to restore peace.
“The Commissioner of Police, CP Edward Egbuka,  with other senior Officers of the Command, visited the scene and ordered a discreet investigation to fish out the perpetrators of the dastardly act.
“Normalcy has been restored in that area,” he added.
More than 10 people were said to have been injured in the clash.
Daily Trust reports that the clash began on Thursday last week to Saturday night with both parties blaming each other for the crisis.
READ ALSO: Gov. Oyetola Commends APC Members For Peaceful Conduct Of Ward Congresses In Osun
The State Chairman of Gan Allah Fulani Development Association of Nigeria (GAFDAN), Garba Abdullahi, said, “More than 10 herders were injured and have been taken to the hospital for treatment.
“One herder was killed on Thursday while rearing before the Saturday’s clash.”
Danjuma Autta, Secretary-General of the Irigwe tribe, told our correspondent that four corpses have been found so far after the clash and many houses belonging to Irigwe were burnt down.
He blamed the government for not being proactive before the crisis escalated to the current situation.
He said, “It is the negligence on the part of the government that led to the crisis. The situation has reached the level of war.
“It was expected that the government should swing into action before any violence. It should not have allowed the misunderstanding to turn into a crisis.
“We need peace, the government should rise up to its responsibility to protect lives and properties of all. All lives are important, ” Autta added.