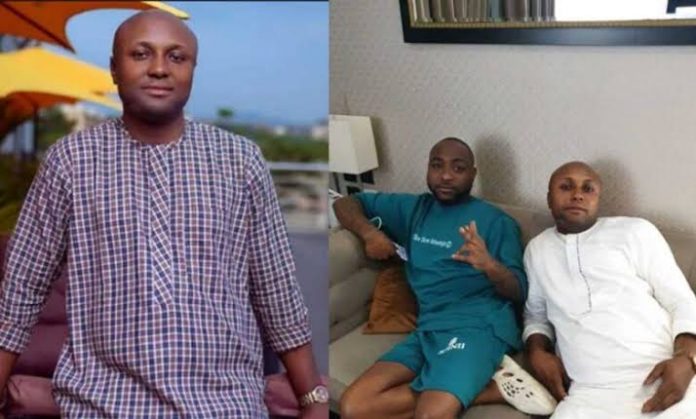 Afeare Israel, better known as Israel DMW is pleading with Nigerians to beg his boss, celebrity artiste Davido not to sack him.

Israel DMW who is Davido’s logistic manager took to his Instagram story on Monday, August 2, 2021, to post his plea message.

He wrote, “You people should kindly help me to beg my oga, not to sack me, tru his personal lawyer Jiggy, than adding to my current depression of pressuring him to send me off.” 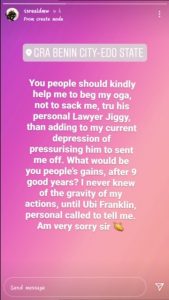 READ ALSO: BBNaija 2021: Maria, Pere Revealed As The Wild Cards To Other Housemates

He went on to ask what people will gain from Davido sacking him after nine years.

He also said he never knew the gravity of his actions until music executive, Ubi Franklin called to tell him.

This is coming days after Davido reportedly suspended him for showing his support for Deputy Commissioner of Police, Abba Kyari in the Hushpuppi fraud saga.