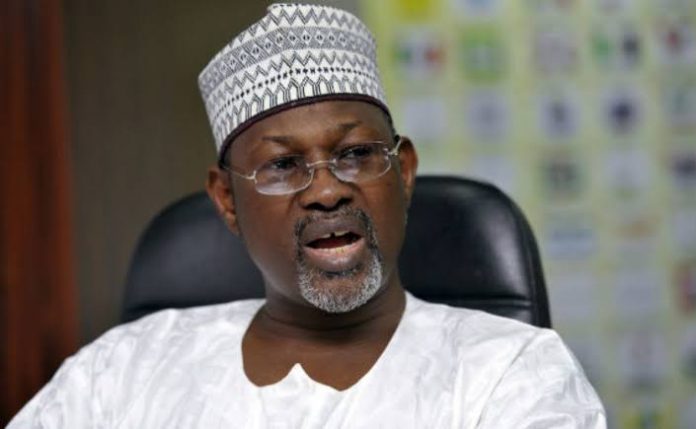 In an interview with BBC Hausa, Jega said those who do not lack the fear of God are many in politics.

He also asked Nigerians to shun the leading political parties – the All Progressives Congress (APC) and the Peoples Democratic Party (PDP) – in the forthcoming elections.

The former INEC chairman said their “gross failure” in the two decades they have held power has showed that there’s no further excuse to allow them pilot the affairs of the nation.

Jega said the parties failed to bring meaningful development to the country.

“Politics is an affair that is purely a game of mutual respect for each other where electorate will come out and vote the candidates who would represent them based on their belief that these candidates are just.

“Unfortunately, it has now metamorphosed into lack of mutual respect, honesty and trustworthiness to the extent that transparency and accountability have vanished in the conduct of affairs from the leaders.

“From my own hypothesis, being a political science lecturer, there’s serious concern in today’s Nigeria’s politics as some are now clamoring for the country’s disintegration and similar agitations. All these are borne out of poor leadership, mistrust, self-aggrandizement and egocentrism have become order of the day while uprightness and trust have been relegated by the leadership class.

“Henceforth, we think it’s time for us to stop playing “siddon look” whilst allowing plunderers, whereas most of them are not God fearing people, to continue steering the affairs.”

Asked if most of those in the helm of affairs are not God-fearing, he said, “Yes of course, most of them are not. Since these dishonest people dominate the affairs; the integrity people couldn’t be of help in these leading political parties in Nigeria, that’s why we are advocating for another force which will have people of integrity to join politics.

“We shouldn’t continue folding our arms looking at these insincere people plundering our country; they would never bring change. On my own, I am now in PRP and I’ve registered from Ward level and I did that to see what kind of contribution I’d bring forth to Nigeria. We have seen both APC and the PDP’s leadership style, they’re not determined to bring about the desired change. Look at the fighting against corruption; all those that were said to have looted under the PDP and would face trial are now decamping into APC; and that’s the end of it.”