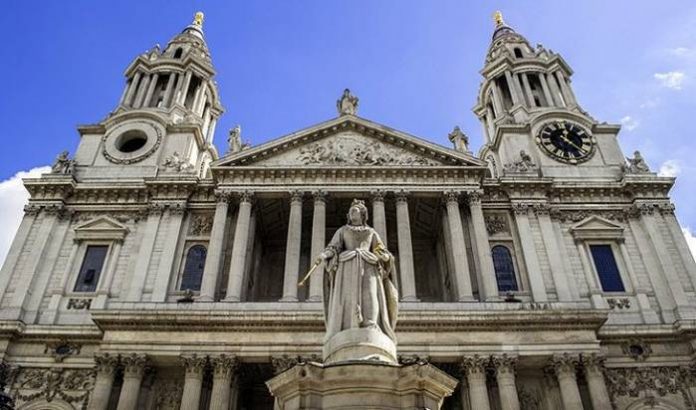 A 37-year-old woman who swore allegiance to Islamic State was sentenced to a minimum of 14 years in prison on Friday for plotting a bomb attack at London’s St Paul’s Cathedral and a nearby hotel.

Shaikh, who was born Michelle Ramsden, was arrested after discussing the preparation and planting of explosives with two undercover police officers.

The Metropolitan Police said earlier that she “researched methods and decided on a plan to carry out a terrorist act, and travelled to central London and stayed at a hotel in order to conduct reconnaissance.”

“Shaikh handed an undercover officer two bags that she wanted to be fitted with explosives, and she prepared the words of a pledge of allegiance to Daesh Islamic State,’’ the police said.

The BBC said she had practised Islam since 2007 “after being impressed with the kindness of a neighbouring Muslim family.’’

It said former drug addict Shaikh had a deeply troubled upbringing during which she had lived in children’s care homes, amid drug and alcohol abuse in her family. (dpa/NAN)