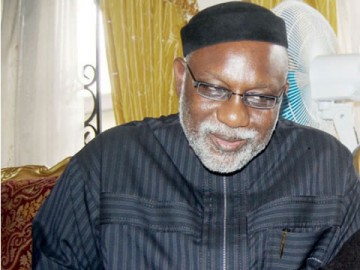 The Ondo State Government on Thursday said it would launch ‘Operation Amotekun’ to curb the security challenges in the South West Zone.

The News Agency of Nigeria reports that ‘amotekun’ is the Yoruba word for leopard.

Mr. Donald Ojogo, the Commissioner for Information, told newsmen in Akure that the exercise was an all-encompassing security initiative.

“In a matter of weeks, this security outfit will be unveiled and the spate of insecurity being witnessed in the last three or four months would have been reduced to the barest minimum.

“The governor, who is also the chairman, Southwest Governors Forum, has taken some far reaching measures which are highly commendable.

“He is not resting on his oars.

“The people can be assured that in a matter of days, the forests of Ondo will be put under proper security surveillance through useful intelligence gathering,” he said.

Ojogo added that Gov. Oluwarotimi Akeredolu had initiated the security trust fund as one of the principal outcomes of the security summit held in the state in 2018.

The commissioner pointed out that the Lagos State version of the fund was already yielding fruitful results.

He said the initiative would empower various security agencies and stakeholders in tackling insecurity when put in place.

“It will also put in place drastic measures to checkmate violence and insecurity from escalating.

“Not less than 120 motorcycles and 20 Hilux vehicles have also been procured to aid in tackling the spate of insecurity in Ondo State and the Southwest in general,” he said.