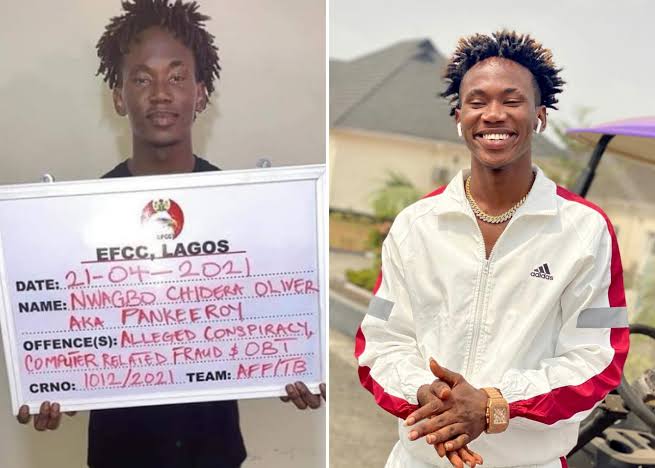 According to EFCC operatives, the comedian was arrested alongside other people on Wednesday, April 21, 2021 following an intelligence report.

It was revealed that he has N22,300,000 worth of bitcoin in his blocked chain account.

The social media influencer is alleged to have defrauded his victims by posing as a vendor to redeem bitcoin vouchers.

Pankeeroy claimed he started the bitcoin scam after going into depression.