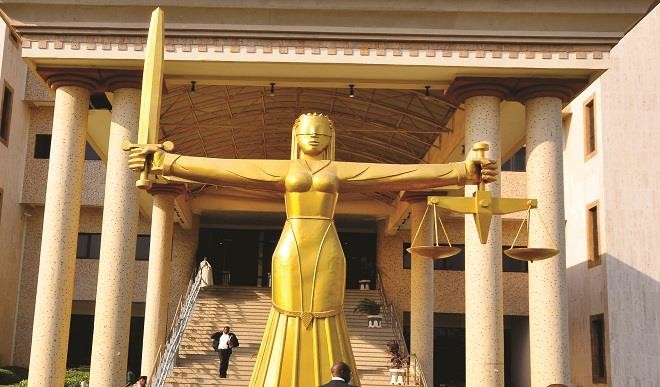 An FCT High Court in Maitama on Thursday ordered the trial- within-trial in a culpable homicide charge slammed on a 37-year-old, Mathew Ankyoor, who allegedly killed his wife.

Justice Peter Affen, who gave the order, said it was necessary to ascertain the veracity of the statements made by the accused.

Ankyoor is standing trial for allegedly beating his wife to death with a three-count charge hanging around his neck.

The accused, who was first arraigned on October 24, 2017, had pleaded not guilty.

At the resumed hearing of the case on Thursday, the Prosecuting Counsel, Mr. Donatus Abah, called the first prosecution witness (PW1), Insp. Raymond Isama of the Homicide Section of the FCT Police Command.

The witness told the court that the case was transferred from the Lugbe Division of the command to the homicide section and was assigned to him to investigate.

He said Ankyoor had written the statement without coercion, adding that he (Isama) took both the accused and the statement to a superior officer where the document was signed and countered-signed.

The witness added that the accused voluntarily signed the statement before the superior officer, while he (Isama) countered-signed.

Isama had also informed the court that he visited the scene of the crime as well as Wuse General Hospital, where a pathologist removed the baby inside the womb of the deceased, Mrs Doosuur Ankyoor.

He said that he took the photographs of the baby, who also died in the process of being removed from its dead mother’s womb.

The photographs were admitted as exhibits as the defence counsel did not object to its admissibility.

There was a mild drama as an argument ensued between the two counsel when Abah sought to tender the accused person’s statement as exhibit before the judge.

The Defendant’s Counsel, Mr John Godwin, had objected to its admissibility on the grounds that it was contrary to Section 29 of the Evidence Act.

Godwin said the statement was not voluntarily made by the accused, adding that he was “tortured, coerced and intimidated into writing the statement.”

Arguing on point of law, the prosecuting counsel, insisted that the statement was admissible, adding that the defence counsel’s objection was only a ploy to delay the trial.

The judge, after entertaining the witness’ submission and arguments from both counsel, ordered a trial-within-trial to ascertain the veracity of Ankyoor’s claim.

The case was adjourned until February 19.