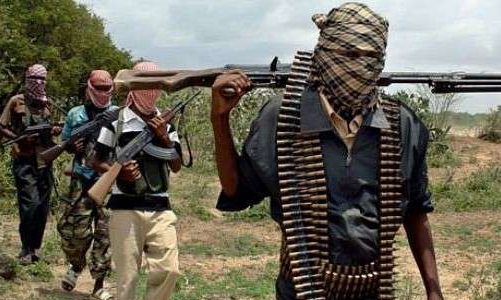 Gunmen suspected to be Fulani herders ambushed and killed three Bagana farmers on Wednesday on the Abejukolo-Bagana road in Omala Local Government Area of Kogi State.

Those who lost their lives in the deadly ambush were in their 20s, according to the villagers, and included Samson Ajene, Adah Audu, and Monday Ocho, while the injured, a son of a popular timber dealer, Haruna Ajene, is said to be in critical condition at the General Hospital, Abejukolo.

According to the inhabitants, Samson Ajene and Monday Ocho met their death on their farms at Ojuwo Igboone, while Adah Audu was mowed down by the gunmen while he was conveying cassava tubers on his motorcycle from the farm.

The natives lamented that the sins which the people of Bagana were suffering from did not emanate from them, stressing that the people were living in perpetual fears of attack.

They noted that unless security agencies adopted proactive measures to halt the activities of the criminals, the communities risked being exterminated in their ancestral homes.

The incident was confirmed by the Special Adviser to the Sole Administrator of Omala LGA on Security Matters, Steve Shaibu, who said the victims were returning from their farms when they were ambushed and killed.

He said before the attack, the villagers around Obakume villages had allegedly made formal a report of the mass movement of some Agatu militias from Benue State to the forest with sporadic gunshots, stressing that they might have killed scores of cows belonging to the Fulani herdsmen living in those areas.

The Special Adviser added that a similar incident had occurred at Iyade, near Abejukolo, the headquarters of the council in which the Agatu militias unleashed terror on the herders.

He said reprisal attacks by the Fulani led to the death of many of the natives and burning of their houses.

He lamented the latest killing of the young men who eked a living through farming, and called on the authorities to intensify efforts to unravel perpetrators of the crime.

Shaibu explained that his office had written several times on the nefarious activities of criminal elements from Nassarawa and Benue states who used the River Niger to launch attacks on Fulani herders, thus leaving the natives at the mercy of the herders who would later carry out reprisal attacks on them.

Speaking to Daily Independent, Aliyu Akuh, the member representing Omala Local Government Area in the state House of Assembly, condemned the killing and maiming of the natives by unknown gunmen, and called on the state government and security agencies to deploy their intelligence to arrest the ugly situation.

He bemoaned the unwarranted crises between Agatu in Benue State and the Fulani which erupted in 2013 and had claimed more than 200 lives while properties worth millions of naira had been destroyed.

He suggested that the government should set up a committee of enquiry to permanently resolve the impasse to prevent further clashes between the Fulani and Agatus, with its attendant spill over on the people of Omala LGA.

He said both the mobile police and conventional police had been drafted to the area to forestall further break down of law and order.

He added that he was yet to get the actual number of deaths but said the situation had been brought under control.