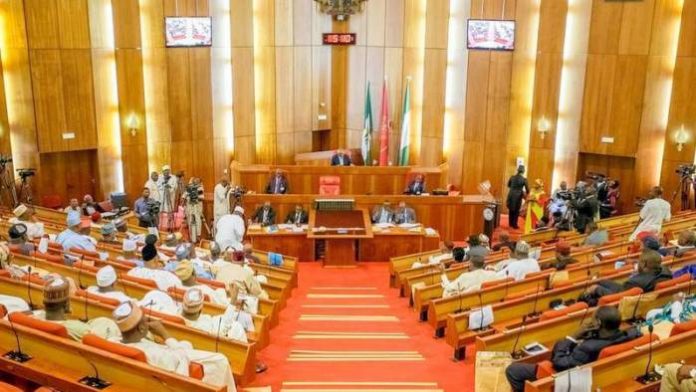 Chairman, Oyo State Christian Association of Nigeria, CAN, Pastor Benjamin Olayiwola, has urged the National Assembly to halt the passage of the Hate Speech Bill.

Olayiwola made the call in an interview with the News Agency of Nigeria, NAN, on Sunday in Ibadan.

“If these are not resolved, we will discover that the provisions in the bill can be used by one party against the other, all in the name of religious, political and cultural differences.

“We need to come together; we need to unite so as to tackle our differences. If the bill is implemented now, it can lead to chaos, as there may be gang up by a party against the other.

“Although everyone is entitled to his/her opinion, you must not hide under that to pull another person or the country down. Opinions must be said constructively; we should be blunt and optimistic in our actions and conducts,” the CAN chairman said.

Also speaking, the Catholic Bishop of Oyo Diocese, Most Rev. Emmanuel Badejo, said that Nigeria should not be proposing capital punishment at this period when other countries were abandoning it, saying that it had never served as deterrent.

The bishop urged the lawmakers to fight to reduce the harvest of deaths in some parts of Nigeria rather than proposing such a bill.

“That the lawmakers are contemplating death penalty for hate speech in a country where all sorts of hate crimes have occurred for years without much response from government and security agencies raises serious concern.

“Human life is sacred and it is only the Creator who can take it; to, therefore, suggest that the bill should be retrogressive is evidence of how much we seem to retrogress, while other countries are progressing.

“While it’s necessary to exercise control over fake news, our constitution should protect citizens and prosecute those who run foul of the law,” the cleric said.

He called on government to set machinery in motion to redress past injustices, provide infrastructure, treat all groups and interests in the country fairly, provide jobs for the teeming unemployed youth and be transparently accountable.

These, he said, would greatly reduce incidents of hate speech which, he said, could be borne out of frustration.

NAN reports that the Senate had recently reintroduced a bill that seeks to penalise persons found guilty of hate speech, even as it prescribes death penalty for anyone found guilty of spreading falsehood.