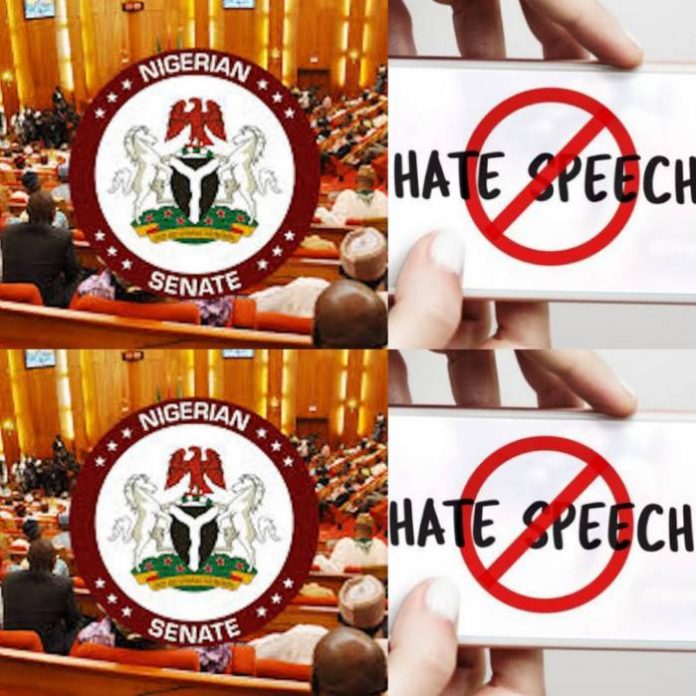 The Senate on Tuesday introduced a bill to set up a government agency for the prohibition of hate speeches.

The Bill is being sponsored by the former Senate spokesman, Senator Abdullahi Sabi.

Last week, the Senate passed through first reading the Protection from internet falsehood and manipulations Bill 2019.

The proposed legislation seeks to prevent the spreading and broadcasting of falsehood and manipulations using social media platforms via internet broadcasts and transmissions.

This Bill is reminiscent of the Social Media Bill which was introduced in the eight assembly but was not passed because of widespread condemnation of the bill which some Nigerians felt was intended to stifle freedom of expression.