A copy of the petition made available to newsmen on Friday in Awka was filed through their Solicitors, G. C. Enekwechi and Co. (Grace Chambers) and signed by Mr. Obinna Nnajiofor.

The petitioners copied the Inspector-General of Police and Public Complaints Committee of the National Assembly.

They also accused the traditional ruler of threatening peace and stability in the community and using local security guards to intimidate and assault indigenes.

“Igwe Maduagwuna has for a long time unlawfully laid claim to people’s lands and claiming same to be communal land, unlawfully appropriated to himself the powers to dispose of those lands at his whims and caprices.

“He operates an illegal dungeon where the citizens are unlawfully detained, tortured and treated inhumanly,” they alleged.

They further accused the traditional ruler of using the local guards to extort N5,000 from Aguenu youths before accessing their farmlands or harvesting produce, among others.

They also appealed to the state commissioner of police to intervene and settle the crisis rocking Awba-Ofemili community allegedly instigated by the traditional ruler.

Nwanelo said: “nobody intimidated or extorted the people for going to farm.

“Our monarch is peace loving and has never got involved in any land dispute with his subjects. There has never been any mayhem of such in Awba-Ofemili as quoted in the petition.

“The only problem is that some people who lost out in the kingship contest with Igwe Maduagwuna have vowed to displace him, but we won’t allow that to happen.”

In the meantime, the state Commissioner for Information and Public Enlightenment, Mr. C-Don Adinuba, has appealed to the people of the area to remain calm, saying efforts were on to settle the crisis. 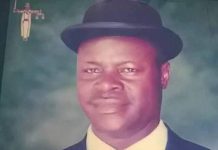