President Donald Trump has had no Covid-19 symptoms for more than 24 hours and has been fever-free for more than four days, his doctor says.

Sean Conley also said the president had not needed any supplemental oxygen since going to hospital on Friday. He was discharged on Monday.

Mr. Trump said he “felt great!” and later returned to the Oval Office for briefings, the White House said.

The news comes ahead of the key vice-presidential TV debate later.
Wednesday’s debate between Mike Pence and Kamala Harris is one of the most eagerly anticipated in years.

Many observers branded the first presidential TV debate between Donald Trump and Democratic challenger Joe Biden as “ugly” and “chaotic”. Very little on policy was aired as the debate, on 29 September, descended into interruptions and insults.

Mr. Trump’s supporters say that he has shown leadership since his release from hospital on Monday. His opponents say his behaviour has become increasingly erratic.
The White House has also set out new safety measures after President Trump’s return from hospital and the news that another aide had Covid-19.

The presidential election is on 3 November. One key issue in the run-up is a coronavirus stimulus package for the economy. Mr. Trump appeared to abandon negotiations with the Democrats on Tuesday, only to say later he would agree to some measures individually.

What is in the latest health report?
The report from Dr Conley said: “His physical exam and vital signs, including oxygen saturation and respiratory rate, all remain stable and in normal range.”

Levels drawn last Thursday had shown “undetectable” antibodies.
“We’ll continue to closely monitor and I will update you as I know more,” the doctor said.

The body makes antibodies to help fight the infection, and coronavirus antibodies in the blood indicate a person has had the virus. However, it remains unknown whether their presence will prevent the person getting the virus again.

What’s happened at the White House?
Mr. Trump returned to the Oval Office on Wednesday afternoon to be briefed on Hurricane Delta in the Gulf of Mexico and the latest on talks with Democrats about a stimulus package for the economy, officials said.

Mr. Trump has been in a defiant mood since returning from hospital, angling to work in the Oval Office rather than in the Residence, as well as pushing for an address to the nation and a resumption of campaign activity.

But many of his aides and staff remain in self-isolation.

Earlier in the day, chief of staff Mark Meadows said that anyone interacting with Mr Trump had been wearing “full PPE, masks, goggles and the like”. 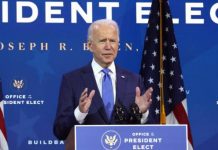 Joe Biden: COVID Vaccination In US Will Not Be Mandatory 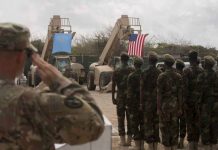 Trump Orders Withdrawal Of Most U.S. Troops In Somalia 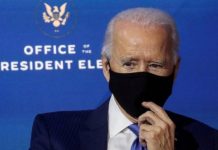 Biden To Ask Americans To Wear Masks For 100 Days 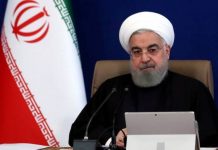