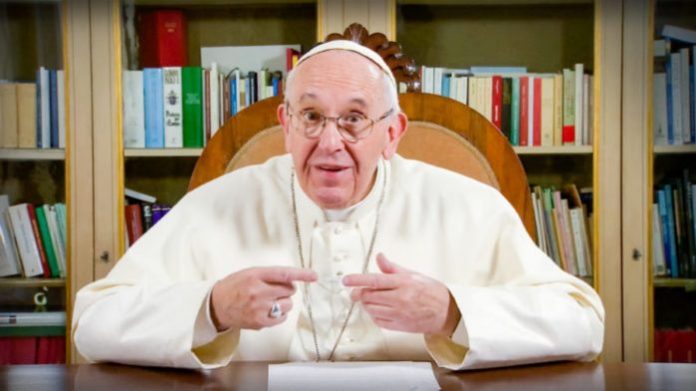 The first ever Pan African Catholic Congress on Theology, Society and Pastoral Life to reflect on the church as a beacon of hope for the continent has kicked off in Enugu.

The News Agency of Nigeria, NAN, reports that no fewer than 700 individuals from across Africa including women and men, lay and clergy, faithful and academics will gather in Enugu for the three-day congress.

The theme of the congress is: “What must we do to perform the works of God”.

It is expected to propose better ways to renew and reform institutions, structures and system of the church in the continent to actualize the missionary goals set out by Pope Francis.

The President of the congress, Archbishop Charles Buckle of Ghana told newsmen in Enugu that the event was convoked by the Catholic Church in Africa.

Buckle said that the event was an initiative of the Symposium of Episcopal Conferences of Africa and Madagascar (SECAM) which started 50 years ago in Uganda.

He said that before then, there was a major event that happened in the Catholic Church within the last 100 years, the second vertical council which took place from 1962 to 1965.

The Archbishop explained that vertican council was the highest assembly of catholic bishops where the pope made the most fundamental decisions that impacted on their faith and lives as Christians.

Buckle said: “this conference is like a synod but the highest level of it, so the council, according to historians, was the first pastoral council organised by the Catholic Church, most of the councils before the second vertican council was convoked to respond to crisis.

“During that time, we did not have a lot of catholic theologians, the few African bishops who participated then were assigned to western theologians for evangelism.

“Those bishops engaged in private talk, they talked about the future of religious faith in post colonial Africa.

Buckle said that the idea was to continue to do the work of God, to listen to the Holy Spirit, to know what the church was experiencing in today’s contest and to listen to the cries of God’s people.

The archbishop commended the Bigard Memorial Seminary, Enugu on its 95 years anniversary adding that before now the school was managed by missionary but now it was in the hand of one of them in the person of Rev. Fr. Albert Ikpenwa.

In his remarks, the Rector of the seminary, Rev. Fr. Albert Ikpenwa said that during the congress, they would talk on issues affecting Africans, new missionary approach and to see how they could improve and make the world a better place.

Ikpenwa commended the organisers of the conference for a job well done and for organising it on African soil.

He noted that they came to look at their present and the past, adding that those 50 years of the second memory of the church in Africa was not an easy thing.

The rector said that they would look at the resources, human intellectual, religious and spiritual lives.

He said that the call for holiness was not just for religious leaders but for ordinary people, noting that they came to bring the message of Christ to the people.

One of the participants, Dr. Susan Nedza, who is also a physician in the United States, said that she was working with the Catholic Church to provide assistance to people with drug addiction and diseases of all kind.

Nedza said she had been providing humanitarian services to people irrespective of age and gender, noting that Catholic Church was the most providers of health care services in the world.

In a vote of thanks, The Chairman Local Organising Committee, Rev. Fr. Clement Obasi said that committee commenced hosting of the programme since October 2018.

Obasi said that the closure of the Enugu International Airport posed a serious challenge as it had not been easy to organise the transportation from Lagos down to Enugu.

He however, commended the students of the seminary for being up and doing in ensuring that the environment was conducive for their visitors.