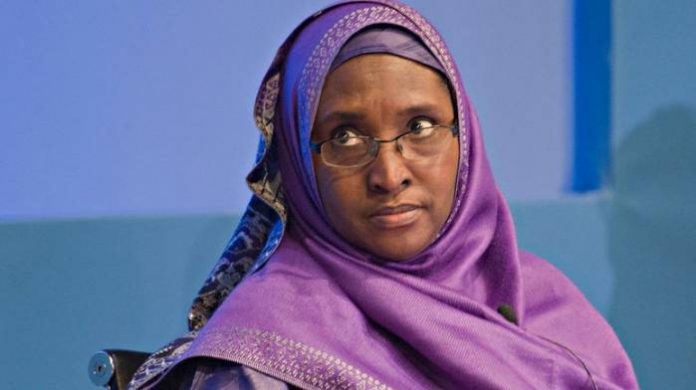 The Federal Executive Council (FEC) on Wednesday approved the development of a portal for the management of import duty exemptions and vehicle identification numbers.

The Minister of Finance, Budget and National Planning, Zainab Ahmed disclosed this at the end of the Council meeting in Abuja.

She said the portal would enhance efficiency as well as ensure transparency in the management of revenue collections in the affected areas.

Ahmed further revealed that applicants for import duty tax exemptions would pay a fee of N60,000.

“Today, the Ministry of Finance sought the approval on a project which is designed to manage an automated gate way platform for the issuance of import duty exemption certificates as well as vehicle identification and registration number.

“The federal Ministry of Finance, Budget and National planning is responsible for the management of the country’s national finance and one of our responsibilities is implementing fiscal incentives that are used to attract investors to promote non-oil exports as well as encourage industrialisation programme and stimulate growth in the economy.

“So, what we do is to handle applications for exemptions that come to the ministry,” she said.

According to the minister, some of the exemptions cover a number of sectors including the downstream gas utilisation projects, the Agro Allied processing projects and aviation (commercial aircraft engines).

She further revealed that other exemptions included spare parts, automobile assembly, iron and steel production, power including thermal hydro, solar and wind, textile plants, machinery and equipment that are imported for use for mining operations.

She added: “In the process of these exemptions, a couple of years, we realized that government was actually ceding quite a significant amount of revenue through this process.

“Because the process was largely paper based, we got approval today to automate this process, to enhance efficiency, to block possible leakage and also to reduce the amount of time that the ministry takes to review this exemption request and provide the necessary approvals.

“This portal will be managed by both the ministry as well as the Nigeria custom service. The vehicle identification number will be available to any user to access to find out information on vehicles.

“On our part, on the IDEK component, we will be able to see how much waivers have been granted to which sectors and also track the performers of those waivers and reduce the cost subsequently.”

According to her, the portal will be developed under a Public Private Partnership (PPP) arrangement.

She said: ”The portal is undertaking in the form of a PPP between the ministry of finance and Messrs Fore-core Technology Solutions limited. They are to develop, deploy, manage and transfer back to the ministry.

“They are to be earning revenue which is coming from IDEK application fee. We are going to share the revenue in the promotion of 90 per cent to the government and 10 percent to Messrs Fore-core Technology Solutions Limited.

“They are earning this 10 per cent to enable them recover the cost of deployment as well as the management because they will also be the ones managing the project over this 10-year period.”

The Minister of Works and Housing, Babatunde Fashola, who also spoke on the outcome of FEC meeting, said the Council approved about N40billion for road projects in Oyo/Ogun, Bauchi and Kano states.

He said: “The ministry of Works and Housing presented two memoranda seeking approval of the federal executive council.

“The first memorandum was to resolve conflicts between existing contracts and to rescope those contracts so that the roads can be completed.

“There are two of our contractors working in contiguous locations on the Ijebu-Igbo – Onomi road toward the Oyo State border which is in Ogun State and also the Ijebu-Igbo Ita-Igba – Owonowe to Ibadan connecting Oyo and Ogun State.

“So, council approved the revision, the rescope of work between the two contractors at the existing contract price.

“So, it’s just a revision of the rescope of works because we are not changing the contract price.”

He disclosed that the council approved N8.43billion for the reconstruction of Tagwai – Kansa to Doguwa road in Kano state while N32.015billion was also approved for the construction of Alkaleri to Futuk road in Bauchi state.