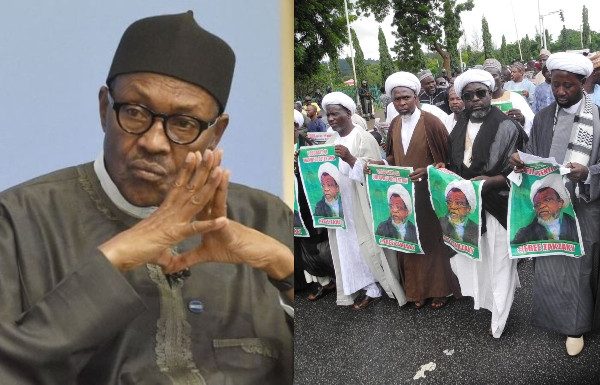 Lawyer to the leader of the Islamic Movement in Nigeria, IMN, Ibrahim El-Zakzaky, Mr. Femi Falana, has condemned the planned proscription of the group by the Federal Government.

In a statement on Saturday, Falana described the proscription as ‘immoral and illegal.’

He also said it “particularly opportunistic on the part of the Sunnis occupying public offices to use the instrumentality of the State to liquidate the Shiites. ”

The Senior Advocate of Nigeria recalled that the IMN was proscribed by the Kaduna State government in 2016, just like the Indigenous People of Biafra, IPOB, was proscribed in 2017, but added that the groups have continued to operate in defiance of the proscription orders.

He, therefore, asked the government to withdraw the proscription order, insisting that it would not stand as the fundamental right of the Shiites to freedom of religion was constitutionally guaranteed.

Below is the full text of the statement:

On The Immoral And Illegal Proscription Of IMN

“The IMN was proscribed by the Kaduna State government in 2016. The proscription was gazetted. But IMN has continued to operate in defiance of the proscription.

“IPOB was proscribed in 2017 by the Buhari regime via an ex parte order issued by the federal high court. In line with the court order, the proscription was gazetted. But IPOB has continued to operate in spite of the proscription.

“However, in a desperate bid to prevent the Shiites from demanding for the release of their detained leader, Elzakzaky and his wife, from the custody of the State Security Service the Buhari administration has proscribed the Islamic Movement of Nigeria.

“Since there are millions of Shiites who belong to the IMN the federal government will soon realise that it has merely driven the body underground.

“In 2003, General Buhari and other members of the defunct All Nigeria Peoples Party held a rally in Kano to protest the rigging of the 2003 General Election by the Olusegun Obasanjo regime.

“The rally was violently attacked by the Police on the ground that the ANPP leaders did not obtain police permit.

“On the instructions of General Buhari and other ANPP leaders, I challenged the disruption of the rally and the legal validity of police permit for rallies and political meetings at the federal high court.

“The case was won by the ANPP. Apart from condemning the violent disruption of the rally by the Police, the Court declared that police permit for rallies was illegal and unconstitutional.

“The appeal filed against the judgment by the Police was dismissed by the Court of Appeal.

“In fact, the Justices of the Court of Appeal unanimously held that the right of Nigerians to protest against the policies of the government is part of the freedom of expression guaranteed by the Constitution.

“Therefore, the proscription of the IMN for the demonstrations of the Shiites against the disobedience of court orders by the Buhari regime is immoral and illegal in every material particular.

“It is particularly opportunistic on the part of the Sunnis occupying public offices to use the instrumentality of the State to liquidate the Shiites.

“The illegal proscription of the IMN should be withdrawn. It will not stand as the fundamental right of the Shiites to freedom of religion is constitutionally guaranteed.”