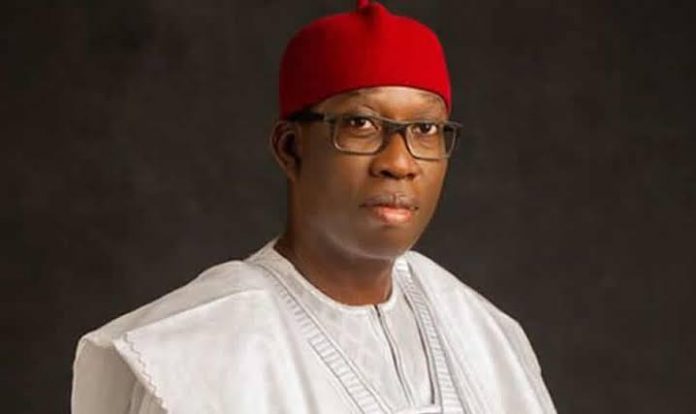 Amb. Aroni Oputu, leader of the Egbema Peace Movement in Warri North Local Government Area of Delta State, has called on Governor Ifeanyi Okowa to give political appointments to sons and daughters of Egbema Kingdom during this second tenure.

Oputu, who spoke exclusively to NEXT EDITION, said there was need for Okowa to reward the people of Egbema for their loyalty and massive support for him during the last governorship election, which saw to his victory.

The Egbema leader, Niger Delta former freedom fighter, who helped to facilitate the Presidential Amnesty Programme and former member of Delta Water Ways and Land Security, said: “The people of Egbema Kingdom in Warri North Local Government have not been given political appointments despite their usual loyalty and massive votes they gave to deliver Governor Okowa and all the Peoples Democratic Party (PDP) candidates in every election in the state.”

He recalled how the people of Egbema Kingdom risked their lives to deliver Okowa in the last election despite pressures and promises from candidates of other political parties: “We have always supported and voted PDP in every election.

“But, when it is time for political appointments, the people of Egbema Kingdom have never been considered. We are, therefore, appealing to our dear listening governor to consider us this time around and address our plight.”

“Despite their contributions to the state revenue and the massive votes to deliver our dear governor, the people of Egbema are yet to get any political appointments.”

He stated that the people of Egbema Kingdom had paid their dues, both in politics and revenue to the state, adding that they therefore had the right to ask the governor to consider them for democracy dividends like any other group or community.

“We are using this medium to draw the attention of the governor to come to their aid and address their plights. The Egbema people are peace loving and sincerely appreciate the governor for appointing their Itsekiri brothers in the local government.

“We are hereby congratulating all the appointees for their deserved appointments, while still passionately appealing to the father of All Deltans, His Excellency, Senator (Dr) Ifeanyi Okowa to consider us and look into our plight,” Oputu added.

He stated that the people of Egbema Kingdom in Warri North Local Government had not been happy over the recent appointments the governor announced because none of Egbema indigenes was given any position.

Oputu stressed: “The Warri North Local Government is inclusively inhabited by ljaws and Itsekiris. Of the federal 10 wards, ljaws hosts four, while the Itsekiri hosts six. Anything that happens in the local government, it is the Egbema people that bear the burden because they are the riverine communities. Let our dear listening governor address the injustice and look into the plights of Egbema people.

“As an ex-General that knows the pains and plights of the people, I am passionately appealing to the governor to offer appointments to indigenes of Egbema Kingdom to give them a sense of belonging. The governor should reward our loyalty and faithfulness.”