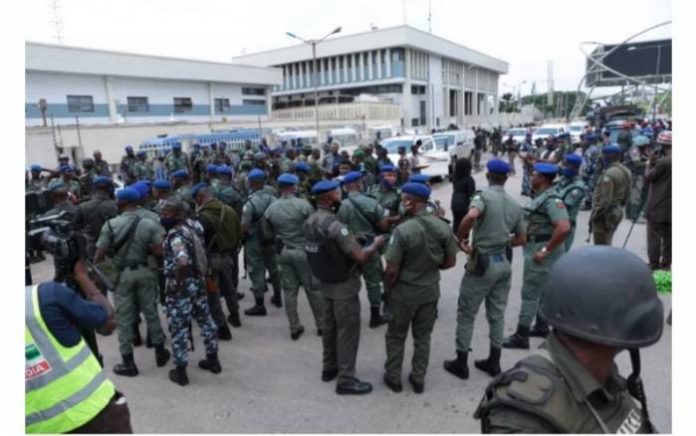 As voters in Edo state cast their votes to decide who governs the state for the next four years, there is heavy presence of security personnel at the Benin City office of the Independent National Electoral Commission (INEC) along Ramat Park.

Two Armoured Personnel Carriers (APCs) were stationed before and after the office while traffic is being diverted to follow one lane.