Mr Patrick Iyoha, Director, Obaseki/Shaibu Movement and a member of the state Waste Management Board, has resigned his appointment.

Iyoha in a letter dated July 28, addressed to Gov. Godwin Obaseki, said that his resignation was with immediate effect and due to personal reason. 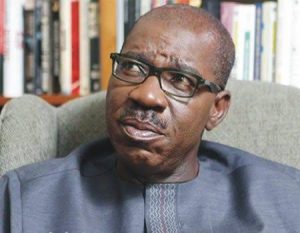 Oiboh and first member of the board, Mr Osanyemwere Osawe, in a letter dated July 28, said that their resignations followed pressure to defect to the Peoples Democratic Party (PDP) from the All Progressives Congress (APC).

The News Agency of Nigeria recalled that on Monday, three commissioners of the Edo State Oil and Gas Producing Area Development Commission had resigned their appointments.