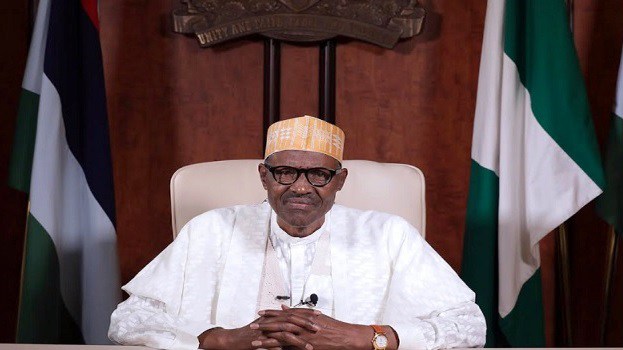 Rather than assist President Muhammadu Buhari to reduce tension in the country, Minister of Defence, Alhaji Mansur Dan-Ali, has deepened President’s agony over former President Olusegun Obasanjo’s allegation that nepotism prevented the Federal Government from stopping killings by Fulani herdsmen. His statement that the killings will continue until Nigerians learn to accept foreigners escalated tension in the polity.

The former president sparked fresh controversy with an 18-page advisory urging President Buhari not to seek re-election in 2019. He alleged that non-performance, nepotism and poor understanding of the country’s complex nature were reasons for escalating tension in the country.

“There are three areas where President Buhari has come out more glaringly than most of us thought we knew about him. One is nepotic deployment bordering on clannishness and inability to bring discipline to bear on errant members of his nepotic court. This has grave consequences on performance of his government to the detriment of the nation. It would appear that national interest was being sacrificed on the altar of nepotic interest”, Chief Obasanjo said.

The demand for the minister’s resignation by the All Progressives Congress (APC) in Benue State also mounted pressure on the president. The ruling party urged him to apologize to Benue people for saying that the anti-open grazing law and blocking of grazing routes triggered the killings by Fulani herdsmen whom the Department of State Security (DSS) described as foreign criminals.

The Director of Publicity, Comrade Apeh Peterhot, in a statement in Makurdi, described the comment as “frivolous and a flatly ridiculous absurdity as well as the highest level of public disgrace to democracy and the Nigerian populace. By this singular utterance, the minister has inarguably displayed incontestable lack of the required sensibility and capacity to serve as Defence Minister in a country of over 180 million people with over 300 ethnic nationalities.

“We have therefore been constrained to believe that Mr. Mansur is a component unit of the perceived conspiracy against the good and hospitably peace-loving people of Benue State. We demand that Col. Mansur Dan Ali (rtd) resigns as immediately and tender an unreserved apology to the good people of Benue State and the country at large,” the statement further said.

The APC in Benue State also demanded that the minister should explain to the party’s apex leadership why his alleged reckless utterances should not be considered a deliberate ploy to frustrate the party’s victory in the 2019 general election. And advised the minister, who it said studied Photography in the Polytechnic and later took to animal husbandry, to resign and return to his farm to continue taking snapshots of his herds back home in Zamfara State

Some people alleged that the minister justified the former president’s allegations. “There are three areas where President Buhari has come out more glaringly than most of us thought we knew about him. One is nepotic deployment bordering on clannishness and inability to bring discipline to bear on errant members of his nepotic court. This has grave consequences on performance of his government to the detriment of the nation. It would appear that national interest was being sacrificed on the altar of nepotic interest,” Chief Obasanjo said

The minister’s transparent bias justified Obasanjo’s emphasis that nepotism in the administration consistently resisted constructive criticism. Critics said Dan-Ali unwittingly vindicated the allegation by blaming the anti-open grazing laws and alleged obstructions on grazing routes for killings and other atrocities by herdsmen. Others said that by defending killings by herdsmen, he confessed ignorance of alternative to primitive nomadic livestock farming which ranching provides.

Many Nigerians condemned similar sympathizers for encouraging herdsmen to kill innocent citizens, instead of upgrading livestock farming by ranching cattle to avoid conflict with farmers. They noted that further attacks on legitimate anti-open grazing laws will inevitably promote anarchy. Others said the minister ridiculed those who identified killer herdsmen as foreign criminals.

The minister sparked condemnation when he told State House correspondents in Abuja: “These are Nigerians and we must learn to live together with one another. Communities and other people must learn how to accept other people within their enclave. Finish!” This statement sparked criticisms from Nigerians who felt the Minister was insulting their sensibilities.

Besieged Governor Samuel Ortom of Benue described the minister’s appeal to communities to accommodate foreign criminals who invaded the country as an unfortunate statement. Dr. Ortom urged him to surrender his state first to foreigners before asking others to do so.

“I heard the statement credited to the Minister of Defence, saying that the killings in Benue were as a result of the anti-open grazing law. If he said so, I would have asked him what he has done about Fulani herdsmen going about with AK47s (rifles),” the governor said.

Dr Ortom, who recently buried 73 people killed by the herdsmen, added: “It’s sad that those who are supposed to assist the President have, instead, turned around to misinform him for selfish reasons. I will not surrender my state to foreigners. You can go and do that in your own state.”

The Senior Special Assistant to Governor Darius Ishaku of Taraba State, Mr. Bala Dan-Abu, wondered why the minister justified the killings, instead of encouraging herdsmen to embrace modern livestock farming of ranching. “State governments are constitutionally empowered to make laws for peaceful governance and peaceful co-existence in their states. The killings were there before the anti-open grazing law came. The law is part of the solution to end the killings. We are surprised that the minister could say that.”

Governor Nyesom Nwike of Rivers State said it was insensitive of the minister to blame alleged blocking of grazing routes and enactment of anti-open grazing laws for killing of citizens by herdsmen. He spoke through his Commissioner for Information, Mr Emma Okah.

“So far, there is no indication that the state government is planning to create grazing routes or cattle colonies in the state. The statement by the minister only smacks of insensitivity on his part. Assuming that grazing routes were blocked, should killing become the next action?” he asked.

“We are not in a jungle; we are a society of enlightened people. If there is a problem, people should come together and find a solution to it. And not to take up arms and kill innocent people”, he said, further deepening the pressure on the president to convince critics that the allegation of nepotism is not exaggerated.

Governor Simon Lalong of Plateau State also rejected the FG’s proposal for cattle colony in the state. In a statement by his Special Adviser, Media and Publicity, Mr. Dan Manjang, he dismissed as “malicious and mischievous” reports that he provided land in Riyom, Barkin Ladi and Bokkos for the purpose of creating cattle colonies.

The Commissioner for Agriculture and Natural Resources in Bayelsa State, Mr. Doode Week, denied that grazing route ever existed in the state.“The state has a policy that every cattle should go to Bayelsa Palm, which is a ranch.”

The Oyo, Edo and Osun State governments also rejected cattle colonies and directed that cattle and other live-stock farmers should ranch their herds to prevent conflicts that usually end in senseless killings