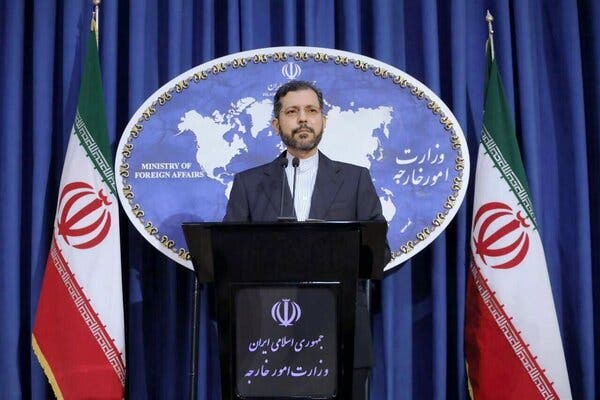 Iran has denied a report that a leader of militant group al-Qaeda was killed in its capital Tehran in August.

The New York Times newspaper reported that Abdullah Ahmed Abdullah, al-Qaeda’s second-in-command, was shot dead in the street by Israeli agents following a request from the US.

Iran said it had no al-Qaeda “terrorists” living in its country.

Abdullah is accused of planning the deadly attacks on American embassies in Africa in 1998.

Abdullah, who is more commonly known by his alias Abu Muhammad al-Masri, was gunned down along with his daughter by two assassins on a motorbike on 7 August, the New York Times reports, citing anonymous US intelligence officials.

The report claimed that Iran had initially sought to cover up al-Masri’s death, with Iranian and Lebanese media reports describing the victims of the 7 August shooting as a Lebanese history professor and his daughter.

However, Iran’s foreign ministry denied the report on Saturday, saying: “From time to time, Washington and Tel Aviv try to tie Iran to such groups by lying and leaking false information to the media in order to avoid responsibility for the criminal activities of this group and other terrorist groups in the region.”

Israel’s Channel 12 broadcaster, citing Western intelligence officials, later reported that al-Masri’s death was the result of an operation in which “the interests of Israel and the United States came together” because he had been “planning attacks against Israelis and Jews worldwide”.

Al-Masri was one of the founding members of the jihadist group which has wreaked devastation across the Middle East and parts of Africa and carried out the 11 September 2001 attacks in the US.

He was accused of being behind the bombings of US embassies in Kenya and Tanzania, which killed 224 people in 1998.

He had been in Iran since 2003, initially under house arrest but later living freely, American intelligence officials quoted in the New York Times said.

Any link between Iran and al-Qaeda would be highly unusual – the two sides have fought each other in conflicts, and represent the two main and sometimes opposing groups of Islam – Iran is largely Shia Muslim, while al-Qaeda is a Sunni jihadist group.

Al-Masri still appears on the FBI’s Most Wanted Terrorist list, where a $10 million reward is offered for information leading to his arrest.