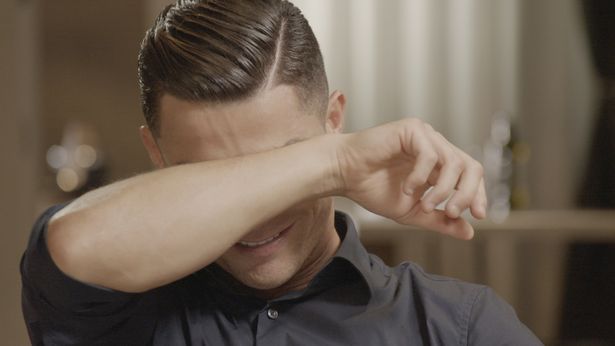 Cristiano Ronaldo broke down in tears after being shown footage of his late father.

The emotional moment took place during his revealing interview with Piers Morgan, which is being shown on UK television on Tuesday night.

Ronaldo was shown a film of Jose Dinis Aveiro, an alcoholic who died of liver failure at the age of 52.

In the short clip, Mr. Aveiro was seen talking about Ronaldo while he stood on his doorstep.

“I think the interview would be funny, but I didn’t expect to cry. But I never saw these images. I don’t know where you… I have to have these images to show my family.

“But I really don’t know my father 100 per cent. He was a drunk person. I never spoke with him, like a normal conversation. It was hard.”

Ronaldo was just 20 when his father died and missed many of the biggest moments of his career.

Since his death, Ronaldo has gone on to win five Champions League titles, the same number of Ballons d’Or and leading his country to Euro 2016 and Nations League glory.

The 34-year-old father of four said: “My family see, my mum, my brothers, even my old son, but my father, he didn’t see nothing, and it was… he died young.”

Ronaldo also revealed he plans to marry his girlfriend Georgina Rodriguez one day, but not just yet.