Secretary to the Government of the Federation (SGF), Boss Mustapha, has commended Lagos State governor, Babajide Sanwo-Olu, for setting up a world-class facility to assist to manage people affected with the COVID-19 disease.

Mustapha, who gave the commendation on Tuesday during a tour by the Presidential Taskforce on COVID-19 to the facility set up by the governor in Lagos, said that state government had been on course.

The SGF, chairman of the committee, said the basic strategy of the national response was containment, even as he said that should spread to tracking of those that had been infected.

This, he said, should be done as much as possible to minimise cases of community transmission.

“I think we’re doing very well. So far, processes that have been put in place, the plans and objectives are being achieved,” he said.

READ ALSO: COVID-19: Nigeria Has A Working President, Not A Talker – APC

While thanking newsmen for supporting what the Lagos State governor and his team had been doing, Mustapha said: “We’ve just taken a tour of this facility that has a very important place in anticipation that we’ll have to receive patients here.

“So far, I think Lagos State is doing a great job. From what I’ve seen here, they’re putting up a first class and a world class facility that will help us in the management of those that are affected with COVID-19.

He urged the media to continue to emphasise the need to maintain social distances.

Mustapha said: “We need to maintain personal hygiene and we need to report anybody within the community that has shown symptoms of the infection, so that as quickly as possible, the help that is desired can be extended to those persons.” 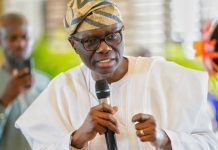 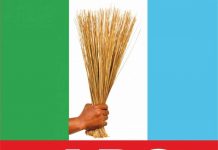 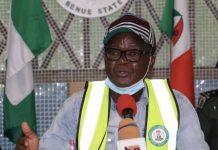 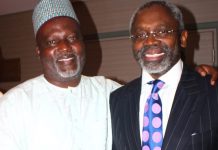 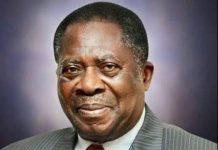