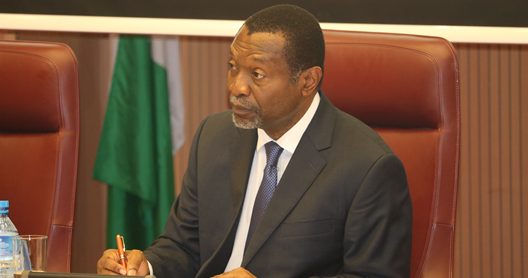 President Muhammadu Buhari is yet to receive the 2018 budget as passed by the National Assembly.

The National Assembly passed the budget on May 16, increasing it from 8.6 trillion to 9.1 trillion.

It is expected that the budget would be transmitted to the president for assent.

However, speaking with State House Correspondents on Wednesday at the Presidential Villa in Abuja, the Minister of Budget and National Planning, Udoma Udo Udoma said the president was yet to receive the document.

Udoma who spoke shortly after the Federal Executive Council meeting said once the document was transmitted, work would be expedited to ensure it was passed on time.

He said further delay would impact negatively on the economy of the country.

“The president is yet to receive the budget; it is therefore, impossible to make a statement about the budget that has not been received.

“Once we get it, we will work very quickly on it. When it is submitted, I am sure the National Assembly themselves will inform Nigerians,” he said.