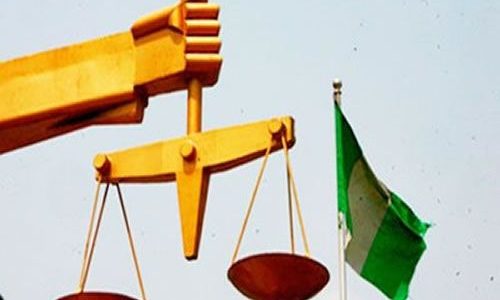 An Ekiti Customary Court, sitting in Ikole-Ekiti, on Wednesday, dissolved an 18-year-old marriage between a hairdresser, Amusayin Bukola, 42, and her husband, Ajewole Sunday, over constant assaults.

The President of the court, Mrs. Yemisi Ojo, dissolved the union, saying that the differences between the couple were irreconcilable.

Ojo restrained the respondent from any further harassment of the petitioner in her house, in line with the court judgment to avoid being made to face contempt proceedings.

The court granted custody of the three children produced by the union to the petitioner, having been proven with credible evidence that she had been the only person responsible for their welfare.

The president of the court ordered the respondent to be responsible for the payment of the school fees of all the children in their respective schools.

She, however, granted the respondent permission to spend time with his children during holidays, but warned him not to use the opportunity to harass his estranged wife.

Earlier, ‎Bukola, a resident of No. 3 Ilotin Street, Oke Ijebu, Ikole-Ekiti, in her evidence, told the court that the respondent did not perform any marital rites on her.

She told the court that she had been separated from the respondent for many years because he always beat her at the slightest provocation.

Bukola recalled that since 2015, when the respondent had an accident and became mentally unstable, she had been taking care of him without any assistance from his family members.

The petitioner however, said the respondent formed the habit of constantly tormenting her in spite of every caution she took to avoid him and his annoying pranks.

She explained that in February 2016, she relocated to another town, but the respondent traced her and continued his harassment, calling her unprintable names in her rented apartment.

The petitioner then prayed the court to dissolve her marriage with the respondent to enable her have rest of mind.

She also appealed to the court to ‎grant custody of all her three children to her to ensure their wellbeing.

The respondent, ‎who was present in court, while the petitioner gave her evidence, however, refused to appear before the court to give his own evidence on the slated date, in spite of several hearing notices issued to him.

Based on the proof of service of the hearing notices and the respondent’s refusal to appear, the court treated the case as an unchallenged one and granted the petitioner’s request for dissolution of the marriage.