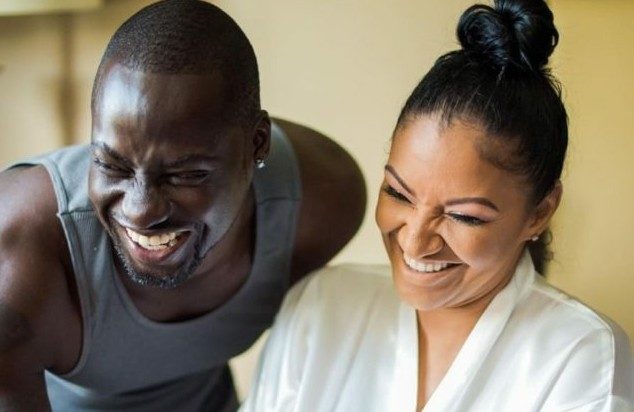 NBC Washington reports that the police has identified the woman who was fatally shot by a gunman on Friday May, 11, 2019, as Bettie Jenifer, 44 the wife of actor Chris Attoh.

Bettie was shot in the parking lot of a Maryland office building. According to report, she had left her office and was walking to her car when the gunman approached her.

The Greenbelt Police Department reported that she tried to run away but the gunman followed her and fired multiple shots with at least one shot hitting her before he fled in a vehicle.

Bettie who tied the knot with Chris Attoh in October 2018 was declared dead at the scene by the police.

The suspect was described as black with black hair, having a thin build and driving a blue car.

Chris Attoh married Bettie shortly after he divorced his first wife, Damilola Adegbite, whom he has a son with.

Last week, Chris had sparked breakup rumours after he deleted all of Bertie’s pictures off his Instagram page, which got his fans speculating that all was not well in his second marriage.