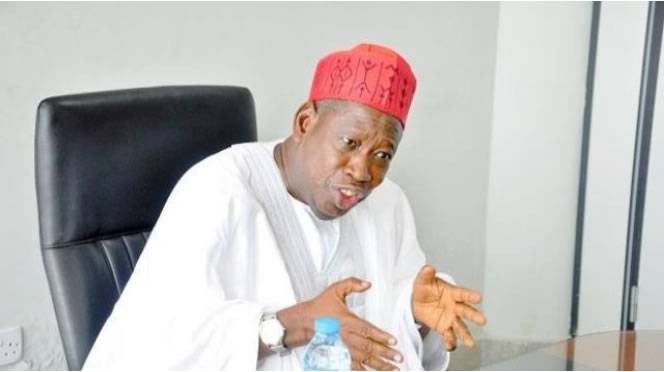 The Kano State Commissioner for Local Government and Chieftaincy Affairs, Murtala Garo, and the Guarantee Trust Bank have been accused of deducting N300 as commission for electronic transfer of salaries to the staff of the ministry.

Also affected by the alleged illegal deduction are the staff of the State Universal Basic Education Board (SUBEB), an investigation by this newspaper has revealed.

The alleged deduction is contrary to the Central Bank of Nigeria’s (CBN) regulation contained in a circular dated April 27, 2017, and referenced: FPR/DIR/GEN/CIR/06/017, issued on April 1, 2013.

Titled, “Guide to Charges by Banks and other Financial Institutions in Nigeria,” the circular prescribes charges by banks, other financial institutions and mobile payment operators for the various products and services they offer to their customers in Nigeria.

The NEXT EDITION is in possession of the circular, which was signed by the CBN’s Director of Financial Policy and Regulation Department, Kevin Amugo.

Under Section 10 (2), contained on page 18 of the document, the CBN fixed charges for electronic money transfer from N10 million and above at only N50.

Even for short message service (SMS), banks are not allowed to charge more than N4 on alerts and this is restricted to only customer-induced transactions.

Warning against unnecessary charges on SMS alerts, the CBN notes, “All associated notifications relating to a particular transaction should be consolidated into a single SMS alert,” a situation most banks and mobile payment operators violate with reckless abandon.

But this newspaper found that apart from illegally operating the payroll of the Kano State Ministry of Local Government and SUBEB, which was handed over to its Zaria Road branch in Kano Metropolis on October 3, the management of GTB and Mr. Garo shortchanged the workers.

The bank and the ministry might have also violated the CBN’s Guidelines on Electronic Payment of Salaries, Pensions, Suppliers and Taxes in Nigeria, released in February 2014.

The document, which was also obtained by this newspaper, specifies the roles and responsibilities of stakeholders in the facilitation of electronic payment of salaries, pensions, suppliers and taxes in the country.

Under Schedule 4 (1ix) the regulation provides that the paying organisations are to “bear the cost of transactions without passing it to beneficiaries. Where any other arrangement exists, it must be mutually agreed between the payer and beneficiary.”

However, in the case where any deduction of transaction cost is made from the amount due to beneficiaries without prior agreement, the employer is expected to refund the charges to beneficiaries at twice the prevailing lending rate.

Speaking to our correspondent on the alleged infraction by Mr. Garo and GTB, a staff who gave his name as Ahmad Bello (not his real name) said after all the known and approved statutory deductions, his October salary was short by N300.

He challenged the commissioner and GTB to issue payment slips to workers in the ministry if they deny the deduction.

“I can tell you that GTB is now serving as the consultant to the ministry and is handling our payroll after the previous consultant was disengaged on allegations of irregularities,” Mr. Bello said.

The staff said before engaging GTB to manage the payroll of the ministry and SUBEB, the job was handled by Cowry Asset Management Limited.

He argued that under the company, only N50 was charged for electronic transfer of salaries to staff, noting that the situation changed as soon as GTB got the job.

“I don’t want them to victimize me for speaking up but if you see the alert we receive from the bank, and calculate what we should get after the normal deductions, you will find out that each staff of the ministry and SUBEB are charged N300 extra,” Mr. Bello continued.

“We don’t know what the deduction is all about and that is why we are saying that we think we are being charged by the bank for electronically transferring salary to our accounts.

“Nobody has explained what the charge is all about. Even in the November salary paid a few days ago, the same deductions have been made. A lot of discrepancies were observed and the bank has no explanation for them.”

Another staff of the ministry, who gave his name simply as Abu, said he requested for his pay slip from GTB to determine why he was charged N300 but the bank turned down the request, saying they are not authorized to issue pay slips to workers. .

“We demanded our pay slips from the bank since they are now in charge of our payroll and salary transfer and they said they won’t because they are not authorised to do so by the government,” Mr. Abu said.

Mr. Abu said controversy was brewing already because over 4,000 staff were not paid October salary because of a problem associated with the platform currently used by GTB.

He said, “Over 4000 have not been paid because the platform GTB is using is not compatible with the platform the other bank is doing.

“Another thing is that most staff who collected loans from other banks and microfinance banks and were yet to repay are being deceived to leave their banks and open new accounts with GTB without getting letters of non-indebtedness from their previous banks.

“Very soon, those banks will run into problems because GTB is trying to maximize the opportunity they have to make as much money as possible.”
A staff of SUBEB, who would not give her name, accused GTB of paying a part of the N300 deducted from salaries of staff of the board to Mr. Garo as kickback.

She said under the former consultant, about N50 was charged for electronic transfer of salaries until GTB came on board in October.

“When they were using the former consultant, we were charged between N50-N55 but now they are taking N300 every month from us,” she said.

“We learnt that the bank is paying the money taken from our salaries to the commissioner because how can they charge that much if somebody is not benefiting from it.”

When asked whether she know what the CBN regulation on electronic salary transfer was, the staff said she has no idea of what the charge is supposed to be.

She said her grouse was workers were being charged higher than before and that is why she feels they were being surcharged either by the commissioner or the bank.

This newspaper contacted the state Information Commissioner, Garba Mohammed, who said he is not aware of the transaction between the affected ministry and GTB.

“I am not aware of the issue and so I cannot speak on it. The right person to speak on the matter is the commissioner for local government and chieftaincy affairs,” Mr. Mohammed said.

While insisting the issues raised were mere allegations, Mr. Mohammed, however, assured this newspaper he will contact the relevant commissioner to talk about the issues.”
And he did. 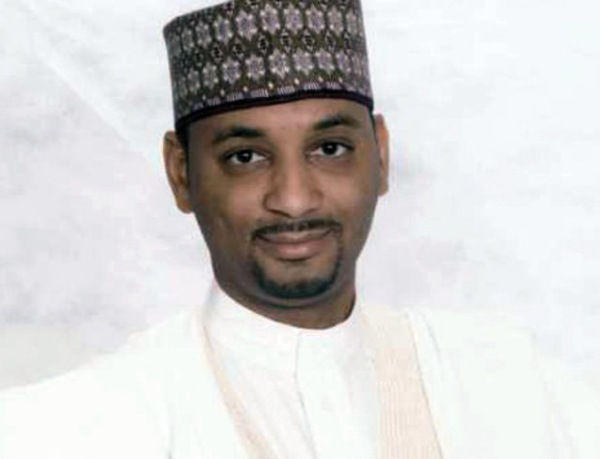 When contacted, Mr. Garo denied GTB was handling any transaction for the ministry, adding that nothing was being deducted from salaries paid SUBEB and the ministry’s staff.

He said some of the consultants being engaged by the government were inherited from the previous administration of Rabiu Kwankwaso.

According to him, Mr. Kwankwaso engaged a payment consulting firm; Remita to pay staff of local government areas and SUBEB.

But when the present government in the state took over, another firm, Cowry Asset Management Company was engaged to do the job.

“We started having problems with Cowry when we discovered they were paying double salaries to some staff. We also found they retained retired workers on the payroll and because of that, the government decided to disengage them in October and appointed another consultant,” he told this newspaper.

Mr. Garo, however, stoutly denied the allegation GTB is managing the ministry and SUBEB’s salary account, adding that a new consultant was engaged by the government after Cowry was disengaged.

He said, “I can tell you that GT Bank is not responsible for paying salaries. That is why the government disengaged the previous consultant and again brought in Remita. No consultant can pay staff salaries through their platforms. They use the banks to pay.”

On that allegation GTB is charging N300 for electronic salary transfer, the commissioner denied the ministry has a relationship with the bank.

“GT does not charge anybody a single kobo. I am telling you that GTB is not responsible for paying salaries of local government staff and SUBEB. We appointed a consultant.”

However, when asked to name the new consultant managing the payroll of the two bodies under his charge, the commissioner initially said he does not remember.

Pressed to name the consultant since he said GTB is not involved in processing salaries of his ministry and SUBEB, Mr. Garo stammered before the call went off.

When he returned the call and the same question was repeated, he said the name of the consultancy firm handling the payroll is Crystal.

“It is called Crystal or something. I don’t know.”

When told that he is being accused of collecting kick-back from the N300 allegedly deducted illegally from staff salaries, he responded, “I don’t know about that. I am not the approving authority.

Since it appeared Mr. Garo was not sure of the name of the consultant handling the payment of salaries of his ministry, this newspaper again requested him to clear the air on the issue.

“I have told you it is Crystal that is handling the salaries of local government and SUBEB staff. But the consultant handling salaries for the state is Remita and it was re-engaged by the government during the council meeting last week. 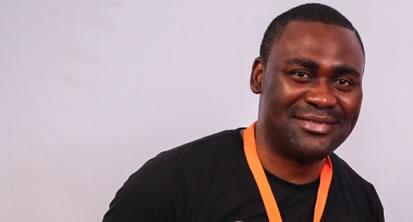 When this newspaper reached out to the Head, Corporate Communications and External Affairs to GT Bank, Meksley Nwagboh, he denied the allegation the bank charged N300 as the commission for maintaining the salary accounts of staff of the affected ministry.

Asked to say when the account was established, Mr. Nwagboh continued, “Except you are a regulator, I cannot reveal to you the intimate details of the account unless you have a letter authorizing you to get such details from the regulator. The bank has to put the interest of the Kano State Government and the workers uppermost.”

On the issue of the bank not having the relevant technology to credit the accounts of over 4,000 staff, he replied, “I want to say that we are not aware of such issues. If you want, you can ask any of your friends who has an account with GT and you can also try. Forget about what I tell you or what any other person tells you. You can test it. The same platform we use is what everybody uses. We don’t have any problem with the crediting system bank.”
Defending the allegation of deceiving workers to transfer their accounts to GTB without letters of non-
indebtedness, Mr. Nwagboh responded, “The business of banking involves selling banking products and banking is done by establishing relationships with potential customers.

“The impetus is on the person to accept to become a customer of any bank. What we can do is to try and sell our services. If you are a customer of the bank, I don’t know if you are, at least someone might have approached you one day. We don’t harass people to become customers of the bank.

“If there is anyone you know and who might have perhaps, approached you and said we have not requested a letter of indebtedness, kindly give us the number of such a person and we will investigate the issue,” Mr. Nwagboh concluded.