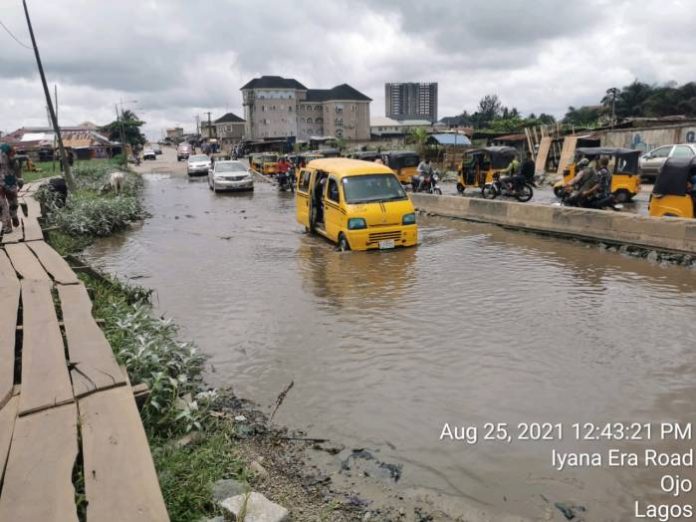 The Lagos State Government has said that it would divert traffic at Iyana-Era road for rehabilitation and construction of a 20-metre bridge from Sept. 24 for one-year period.

The state Ministry of Transportation said in a statement that the road work would commence midnight Friday Sept. 24, for a duration of 12 months.

Dr. Frederic Oladeinde, Commissioner for Transportation, explained in the statement that the construction was pertinent to address the factors responsible for the rapid and frequent deterioration of the section of the road.

Oladeinde said that the portions before and after the existent culverts submerged into the surrounding swamp, hence the need for a bridge.

The commissioner further explained that motorists heading towards Shibiri, Ajangbadi and Igbogbo axis would be diverted at Era-Adaloko roundabout into a Contra flow on the Badagry bound lane to minimize the inconveniences during the course of the repairs.

Oladeinde further stated that the state’s Traffic Management Agency, LASTMA, would be fully on ground to direct traffic in addition to traffic guides which will be strategically placed to guide vehicular movement during the stipulated period.

The state government, while seeking residents’ cooperation for the successful commencement and completion of the project, reiterated its continuous commitment towards the development of transport infrastructure across the metropolis.

Oladeinde, however, maintained that it was vital for the Multi-Modal Transportation System of the state government which would turnout to boost the economic prowess of the citizenry. (NAN).