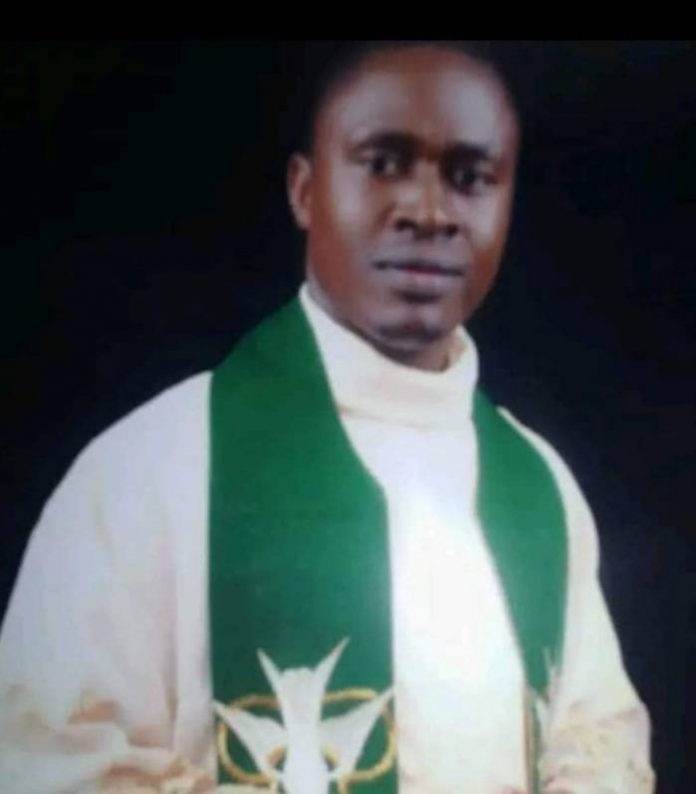 Fr. Amodu who hail from Agbaha Otukpa in Ogbadibo Local Government Area, LGA, of Benue State was kidnapped on Wednesday, July 6, 2022, along Ukwungaga-Otukpo express way by unknown persons who have been terrorising residents along that axis.

The Next Edition gathered that since his kidnap, nobody has heard anything from him or his abductors concerning his whereabouts.

Confirming the incident, Catholic Diocese of Otukpo, in a statement signed by the Diocesan Chancellor, Rev. Fr. Joseph Aboyi Itodo, said the incident took place at about 5p.m while he was going to perform his sacred duty.

The letter which was addressed to all priests, religious and lay faithful read in part, “We write to notify you of the kidnap of Rev. Fr. Peter Amodu, a priest of the Holy Ghost Congregation who is working in the Catholic Diocese of Otukpo as Parish Priest of Holy Ghost Parish, Eke-Olengbeche.

“The sad incident occurred 6th July, 2022 at about 5.00pm along Otukpo – Ugbokolo Road, Benue State, while he was on his way to celebrate the Holy Mass at Okwungaga-Ughbokolo.

“The Local Ordinary, Most Rev. Michael Ekwoyi Apochi, has called on all Christ’s Faithful in the Catholic Diocese of Otukpo and beyond to earnestly pray for his quick and safe release as we intensify efforts to ensure his release.

“We commend our brother and all those in the kidnappers’ den to the powerful intercession of the Blessed Virgin Mary for their speedy and safe release from the hands of their abductors.”