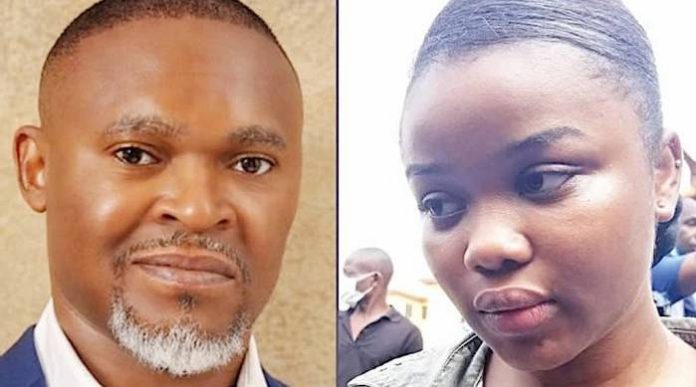 The trial of an undergraduate, Chidinma Ojukwu, charged with killing of the Chief Executive Officer of Super TV, Usifo Ataga, was on Thursday stalled due to the absence of Ojukwu’s counsel.

Counsel to Ojukwu, Mr. Onwuka Egwu, had communicated to the court that his flight to Lagos was delayed.

Ojukwu is facing trial alongside her sister, Chioma Egbuchu, and one Adedapo Quadri, before a Lagos High Court sitting at Tafawa Balewa Square.

They are standing trial on a nine-count charge bordering on murder, stealing and forgery.

Ojukwu and Quadri are facing the first to eight counts bordering on conspiracy, murder, stabbing, forgery of bank statements and stealing.

Egbuchu is facing the ninth count of stealing of iPhone 7 belonging to Ataga.

At the resumed trial on Thursday, the Prosecution Counsel, Mrs Adenike Oluwafemi, the Deputy Director of Public Prosecutions, informed the court that the first defendant’s counsel was not in court.

Oluwafemi said that the counsel informed her that his flight from Anambra State to Lagos was delayed which made it impossible for him to be present in court.

Jiakpona said that he was new in the matter and would need all the necessary documents to aid him defend his client.

The prosecution counsel, however, informed the court that the former counsel to the third defendant, Mr Ngozi Akandu, had been given all the necessary documents.

She urged the new counsel to collect all the documents from Akandu to avoid delay.

After listening to all the counsel, Justice Yetunde Adesanya, adjourned the case until Oct. 4, for continuation of trial.

The third defendant sometime in the month of May changed her counsel from the office of the public defender to Akandu.

Since Akandu took up the third defendant’s case, the case has been adjourned three times at the instance of the defence.

They are being prosecuted by the Lagos State Government.

Ojukwu and Quadri are alleged to have conspired and murdered Ataga on June 15, 2021 by stabbing him several times on the neck and chest with a knife.