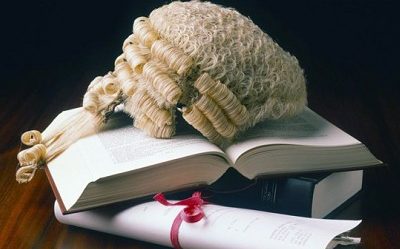 A mild drama ensured at the ongoing trial of alleged blasphemy against Kano cleric Sheikh Abduljabbar Kabara, on Thursday as defence counsel, Dalhatu Shehu-Usman walked out on the judge.

The defence counsel had on June 23, prayed the court to discharge his client on grounds that the entire charge slammed against him was not based on law.

At the resumed sitting, Shehu-Usman, prayed the court to allow the defendant move a No-Case submission.

“The court did not establish prima facie before allowing the defendant to start calling his witness relying on section 357and 303 of ACJL, 2019.

“The position of law is for the court to give bench ruling without any adjournment as well as criminal trial is mandatory to accord defendant opportunity to defend himself.”

The defence counsel opposed the cross-examination made by the Prosecution and threatened to walk out of the court.

“Why will the Prosecution be asking the defendant when did his father die? It is not contained in the charge,” he said.

Earlier, the judge permitted the prosecution to go ahead with cross examination and the defence counsel picked up his belongings and walked out on the judge.

He also requested for a copy of the proceedings, adding that he will challenge the ruling before an Upper court.

The Prosecution counsel, Mr. Yakubu Abdullahi, opposed the prayer to give room for no case submission, arguing that the cleric had already commenced his defence.

Abdullahi argued that the former defence counsel, Ambali Muhammmad, SAN, told the court that he was not interested to apply for a No Case Submission on behalf of the defendant.

During cross-examination Abdullahi asked the defendant when his father died and how old was he then.

“After your father’s death where did you continue your education?” He asked.
The dedefendant told the court that his father Sheikh Dr. Nasir Kabara died in 1996.

“I was 25 or 26-years-old then and after his death I did not attend any school in Nigeria.”

The presiding Judge, Malam Ibrahim Sarki-Yola, said that the Defence counsel had the power to challenge the content of the charge slammed against his client at any stage of the trial.

He, however, affirmed that the defence counsel lacks legal power to apply for a no case submission when the defendant has already began his defence.

He adjourned the matter until July 21, for continuation of defence.

The State alleged that the defendant made a blasphemous comment against Prophet Muhammad (PBUH) in his marriage with Nana Safiyya in Jautul Fara, Section 93 (40) and hadith 1,365 and 1,428. Sahih-Bukhari and Muslim.(NAN)