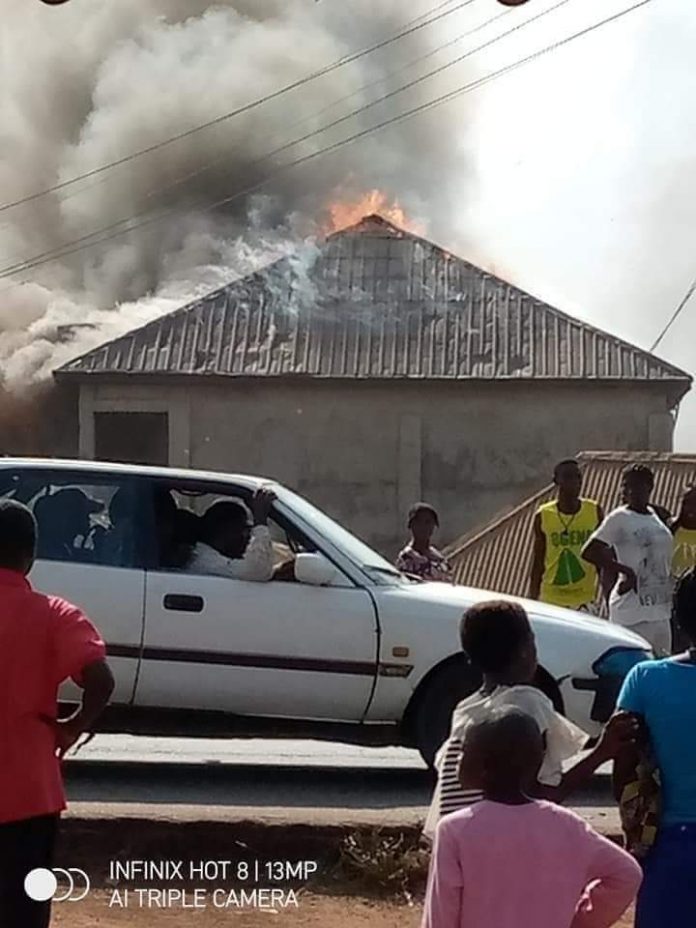 The youths alleged that the Prophet and his accomplice, Noah Saka, were responsible for the mysterious disappearance of manhood of young men living in the area in recent times.

The Next Edition had reported that last Saturday, some youths in the area, staged a protest over the mysterious disappearance of the manhood of some men in the community saying about six young men have lost their genital organs so far.

A source from the area who identified himself simply as Jonah said “The youths said there had been cases of penis disappearance in Daudu in the past few weeks. As at the last count, six persons were said to have had their penises disappear in a mysterious manner”.

But not satisfied with Saturday’s protests, the youths in the wee hours of Tuesday burnt down the church belonging to Prophet Uhembe, whom the community suspected has a hand in what they described as a criminal act.

Another youth, Aondoungwa, said “the attitude of Prophet Uhembe and Noah Saka has put fear in the people especially men who now find it difficult to move freely for fear of having their penis removed.

“We are surprised that someone who calls himself a man of God will stoop so low to removing private parts of men for ritual purposes.”

According to him, the youths have burnt the church to serve as deterrent to other people who may have such wicked intensions. “We believed that if he (Uhembe) is not stopped, he may extend his activities unto women too”.

When contacted, the state Police Command’s Public Relations Officer, DSP Catherine Sewuese Anene confirmed the burning of the church adding that some persons were also “arrested for destruction of public property”.

Anene stated that “if you allege that somebody took your manhood, it’s not a justification for you to go and destroy property.

“There is due process for everything so while they are at the hospital to confirm whether that is true, we will still handle them (the protesters) as people who have destroyed property.”