In furtherance of efforts to tackle the menace of banditry in rural communities in Zamfara State, the Governor, Bello Matawalle, will meet with security experts in Dubai, UAE, to discuss ways of tackling the problem.

He will also meet with Saudi government officials over the continued detention of  a Zamfara indigene for alleged drug trafficking for nearly two years.

According to a statement by the Director-General, Press Affairs, in the Zamfara Government House, Yusuf Idris, the governor, who left the country on Sunday to perform the lesser Hajj in Saudi Arabia, will stop over in Dubai for the meeting with security experts.

The statement obtained by Next Edition read: “The governor will meet with security experts in Dubai and share ideas on the best way to end the menace of armed banditry in the state.

“Bello Matawalle is also expected to meet with the officials of the Saudi Arabian government to discuss ways towards the release of the Zamfara-born Alaramma Ibrahim, who has been in detention for almost two years, over alleged drugs trafficking.

“From our findings, his arrest followed a frame-up initiated from the Malam Aminu Kano International Airport, Kano.

“While in Dubai, the governor will also meet with officials of the African Development Bank (ADB), and some investors interested in investing in the Zamfara economy.” 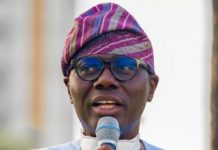 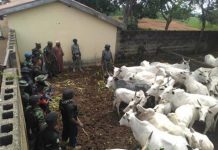