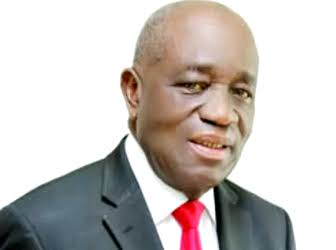 The Akwa Ibom Deputy Governor, Mr. Moses Ekpo, has urged the Peoples Democratic Party (PDP) supporters in the state to close ranks and work as a team to ensure victory in the forthcoming general elections.

The Press Secretary to the Deputy Governor, Mr. Ekikere Umoh, in a statement on Sunday said that Ekpo made  the call while addressing PDP members at a ward meeting in Abak.

Umoh said the deputy governor charged ward officials and members of the party in the state not to reject or discriminate against ex-defectors who are returning to the party.

According to Umoh, Ekpo said the party’s officials must appreciate the need to accommodate persons who were either cajoled or manipulated to leave the party.

“Don’t ever forget that our symbol is the umbrella, and of what use would be a large umbrella which cannot shelter people from the rains and harsh weather,” Ekpo said.

“The essence of the statewide ward meeting is to feel the pulse of the party at the grassroots and to sensitise members to the fact that the party primaries were over with the emergence of candidates,” Ekpo said.

The press secretary said the deputy governor further charged the membership of the party at the grassroots to continue to support the party in order to reap the benefits of democracy and good governance.

He added that it was only by so doing that the grassroots could experience steady development and rural transformation.

Umoh said the deputy governor urged party members to ensure that every qualified person was registered to obtain their PVCs to vote in the 2023 general  elections.

The press secretary added that during the ward meeting, the member representing Abak/Etim Ekpo/ Ika Federal Constituency, Mr. Aniekan Umanah,  said it was necessary to unite as the meeting was intended to dialogue to bring all round success to the party.

He said Umanah commended party faithful for their support during the primaries and urged them to maintain the existing peace in the party. (NAN)