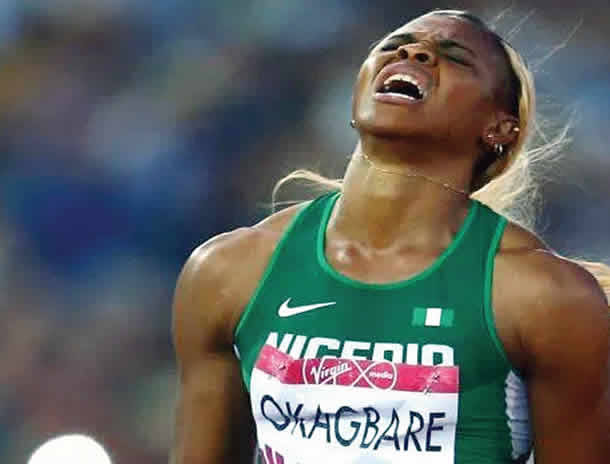 The Athletics Federation of Nigeria (AFN) says it is in the process of obtaining the relevant details of the announcement of a doping violation by sprinter Blessing Okagbare.

Tonobok Okowa, the federation’s President, in a statement Saturday in Tokyo said it was only after this that a full reaction would be issued.

The Athletics Integrity Unit (AIU) of World Athletics (WA) had in a statement earlier on Saturday said the Nigerian 100m/200m record-holder has been provisionally suspended with immediate effect.

It said this was after a sample collected from the 32-year-old tested positive for human growth hormone.

“A provisional suspension is mandatory following an adverse analytical finding for such substance under the World Athletics (WA) Anti-Doping Rules.

“We have received with great shock the press release by the AIU, suspending Blessing Okagbare for a doping test violation.

“The Federation is now in the process of obtaining the relevant details of the announcement after which a full reaction will be issued,” Okowa had stated.

Meanwhile, neither the Nigeria Olympic Committee (NOC) nor the Federal Ministry of Youth and Sports Development has reacted to this development.

The AIU said it collected the sample from Okagbare during an out-of-competition test on July 19.

It revealed that the WADA-accredited laboratory which analysed the sample notified the AIU of the adverse analytical finding at midday on Friday.

The athlete was notified of the adverse analytical finding and of her provisional suspension Saturday morning in Tokyo.

She was scheduled to participate in the semi-finals of the women’s 100m Saturday evening in Tokyo.

This is the latest blow for Nigeria’s athletics team after 10 members were ruled ineligible for the Tokyo Games on Wednesday for failing to meet minimum testing requirements.

NAN reports that Okagbare’s silver medal from the Beijing 2008 Games was as a result of her being upgraded in 2017.

This was after the International Olympic Committee (IOC) disqualified Russian athlete Tatyana Lebedeva due to a doping offence.

She had originally finished third in that long jump competition.(NAN)