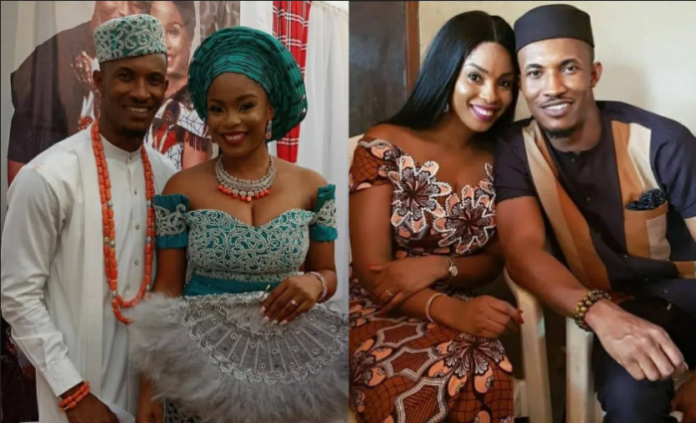 Nollywood actor, Gideon Okeke and his wife, Dera are expecting their second child together.

The actor announced the news by sharing the ultrasound scan photo via his Instagram page on Thursday, April 8, 2021.

His caption reads, “OBUMNEME? Naa, God is good to me. Steady beating my daddy’s achievements on all fronts. On my 3rd seed. Believe it Oh! Family: Because two people fell in love. Big Win o! BUN IN THE O. .”

The couple welcomed their first child together in 2019. Gideon has a first child with his former partner in 2016.

He is an actor, model and TV presenter and he was a contestant in the first season of the Big Brother Naija reality show.

He is also on the cast of popular MNET TV series, Tinsel.