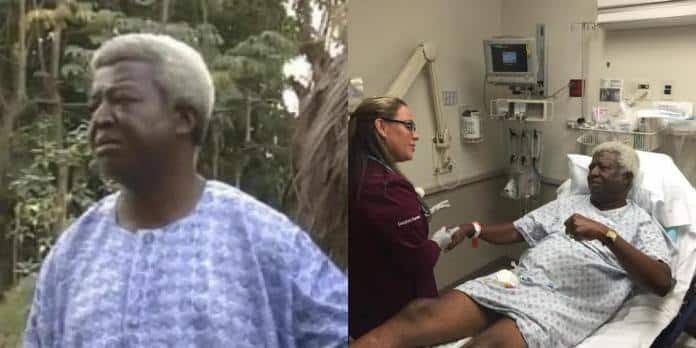 Nollywood veteran, Bruno Iwuoha has died at the age of 68 from a prolonged battle with diabetes on Saturday, April 10, 2021.

The veteran actor who had been in coma died in the early hours of the morning at the National Hospital in Abuja.

Monalisa Chinda Coker, the Actors Guild of Nigeria’s Director of Communications released a statement concerning the passing away of the actor.

Part of the statement reads, “It is on a sad note that we announce the passing away of our elder colleague and active member of AGN Abuja, Bruno Obinna Iwuoha.

He won the Best Supporting Actor award at the 3rd Africa Movie Academy Awards for his performance in the movie “Sins of the Flesh”.

He is survived by his wife and six children.