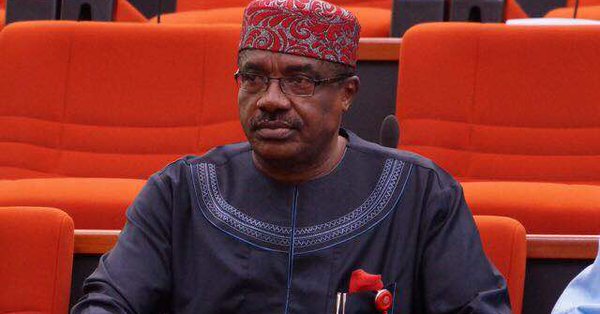 Sen. Mao Ohuabunwa, who represented Abia North Senatorial District in the Eight Senate, has said that his regret over the incarceration of Sen. Orji Kalu is the abandonment of constituency projects begun in the area during his tenure.

Ohuabunwa contested the 2019 poll on the platform of the Peoples Democratic Party but lost to Kalu of the All Progressives Congress.

Kalu was, however, convicted of N7.56 billion fraud on December 5 and sentenced to 12 years in prison.

Speaking in an interactive session with newsmen in Umuahia on Monday to mark the beginning of a new year/decade, Ohuabunwa feared that the ongoing projects in the area might no longer be realised since the district no longer had a voice in the senate to pursue its cause.

He said: “I regret that presently, Abia north is not being represented. I am worried and bothered that the district does not have a voice in the senate.

“I had projects and my plan is that going into the ninth Assembly, the projects, especially health centres, would continue.”

Ohuabunwa said that he was particularly concerned over the fate of the health centres, which had been built in many communities, waiting to be equipped.

He said, “By my programme, I would have by now gone to the next phase of equipping the health centres.”

He further expressed regrets that work on the Bende-Ohafia-Arochukwu Road, which was going on in earnest before the 2019 polls, had stalled.

He distributed the progress recorded on the road before his exit from the senate to his personal intervention and regular interface with the Ministry of Works.

He also said that the skill acquisition centre at Umunneochi Local Government Area, although completed, had yet to be equipped.

He, however, said that he was happy that the water projects he attracted to many communities and villages in the district had been completed and inaugurated for use by the people.

The former lawmaker also said that he was bothered that his bill for the establishment of a polytechnic in Item and Federal Government takeover of the Arochukwu College of Education (Technical), which were pending in the Senate, had also suffered a major setback.

“I am bothered because the projects, including the Bende-Ohafia-Arochukwu Road, which I am passionate about because it is personal to me, will be very difficult to realise “because there is nobody to lobby for their completion,” Ohuabunwa said.

Ohuabunwa said that it was not within his power to agitate for Abia north seat in the Senate to be declared vacant.

“I am only one person in the whole of Abia North. If the people stand up and demand that their voice must be heard in the Senate, then Nigeria and the senate will act.

“But it will be unfortunate and a shame if they chose to keep quiet, considering the make up of the communities and personalities that are in the senatorial district,” Ohuabunwa said.