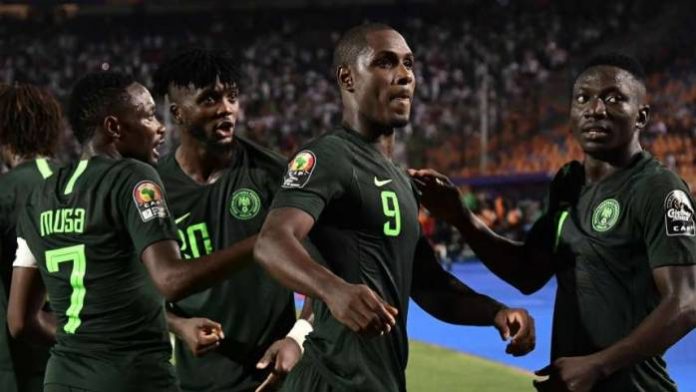 Odion Ighalo’s third minute goal gave Nigeria a 1-0 win over Tunisia in their third-place playoff at the Africa Cup of Nations, AFCON, on Wednesday in Cairo.

The 30-year-old forward, who is now the tournament’s top scorer with five goals, was gifted an easy tap-in following a Tunisian defensive mix-up at the Al Salam Stadium.

Jamilu Collins’ cross from the left was poorly parried by goalkeeper Moez Ben Cherifa against the legs of defender Yassine Meriah.

The defender tried to stop it from going over the line before Ighalo pounced to give Nigeria a third minute lead.

It proved a costly blunder for Tunisia, who lost Sunday’s semi-final in extra time to Senegal in similar circumstances.

Ben Cherifa attempted to make up for his error with some good saves in the second half.

Nigeria, who dominated the game, have now won the bronze medal at eight different Cup of Nations’ tournaments.

Algeria play Senegal in the 2019 AFCON final match in Cairo on Friday.