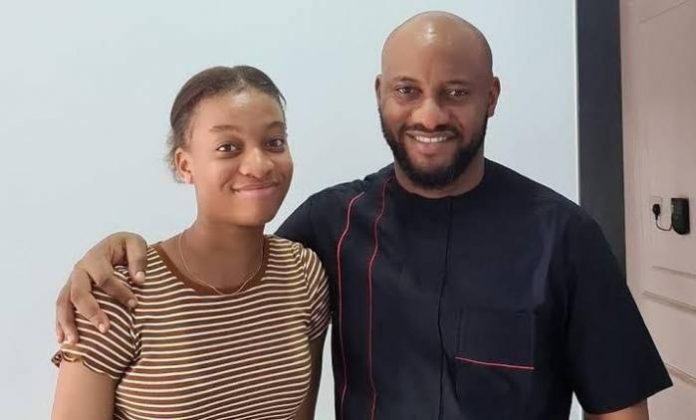 Nollywood actor, Yul Edochie, has been dragged after he gushed over his 17 year old daughter, a 200-level university undergraduate, callig her beauty and brains.

Edochie who took to his Instagram page to show off his daughter, therefore, incured the wrath of his fans when he went ahead to warn boys to stay off his daughter, saying he would not tolerate anyone showing up at his doorstep to look for her.

Edochie said, “Omo leave am, I dey born fine children shaa. My 17 year old daughter @danielleyuledochie now going into 200 level in the university. Beauty with brains. I am blessed and grateful to God.

“Public service announcement. Boys no near my house say you dey find her o. Warning!”

Barely a few hours after the warning, his fans took to the comment section to lambast him for not only giving such warning but for also not realising how blessed he was when according to billpower2022, Yul “decided to choose quantity over quality.”

While porch_sassay said, “But you marry second wife”, marazaach2 said, ” This girl go show you pepper for wetin you do her mama…stop posting her, you are childish.”

Chigozie_ehim1 said “Have you heard the Igbo saying, boys bia megwara? Hahaha she will surely get married someday. Just pray that she will get a goof man who will not cheat on her or hurt her with a second wife. May God continue to blew and protect her.”

Msjaynez said “If you have sense, you will protect and defend the happiness of these ones and not be looking for what is not looking for you. These children will hold you accountable one day.”

The Next Edition reports that several months after the nollywood guru, who use to be a darling to many, took a second wife, he may not be forgiven for that act as some of his fans have wondered why a man could use his hands to bring unhappiness to his family.

Another fan, oma_unisexstore, who expressed surprise said, “How can someone bring so much joy and spoil it with his own hands.”

Yul Edochie took a second wife, Judy Austin, earlier in the year and since then, his fans have been divided with many sympathising and siding with his first wife, May. 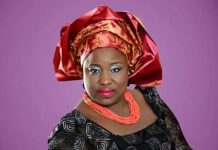