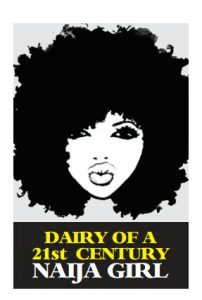 Hi guys, can we get serious this week? Let’s leave the whole easy breezy vibe here and talk about something serious for a minute. Ok? Alright. By now, I know everyone in Nigeria has heard the Baba Ijesha, Princess and Iyabo story; the girl that was sexually molested and his arrest and subsequent bail. Some people stood by him publicly which I found very disgusting and notably of those people was Yemi Fayibi, a fellow actor in the Yoruba movie industry.

Now, the man is out, bail is what they sought for him right? Iyabo and Nkechi have been blacklistedby TAMPAN. But you know what blew my mind? Yomi Fayibi and the new ‘movie’ or whatever it is he just released. Just when you think people can’t sink any lower, they go and do something this distasteful and you wonder where humanity is headed.

him 1 view even for research purposes), it’s a YouTube release I think (Again, I refuse to learn more) where he basically re-enacts everything that happened. He hasn’t even changed the names including that of the minor that was involved. Only in his version he makes it look like the girl was seducing Baba Ijesha!! Why would anyone think that this was a project to spearhead? How low can you sink to want to act this out in any way, shape or form? And then the people who agreed to take part in it – Y’all are really that hard strapped for cash. This makes absolutely no sense at least from where I’m standing. I am only to believe that everyone involved with it share his belief that what happened was ok.

That leads me to asking: Where did we lose our humanity? These things have been happening since time immemorial and we are still ok with it. This is why sexual assault survivors DO NOT speak up! Not only will everyone support the man, the girl will be blamed. And then people like Yomi Fabiyi will make a movie about it! It’s such a crazy cycle that I don’t see ending anytime soon.

The only thing I can say is don’t be silent. Keep using your voice to speak up against injustices of any kind wherever you see it. They can’t be allowed to win. And if you support Baba Ijesha in this case? I hope what he did doesn’t come to your door, because it won’t be funny then.

Till next week guys, till then, use your voice.

PS: The movie has been taken off YouTube after many people reported it and rightfully so. TAMPAN also summoned him about it. I want to hope that it’s because they see the evil in what he did and not because of public perception.

Would You Be A Baby Mama?