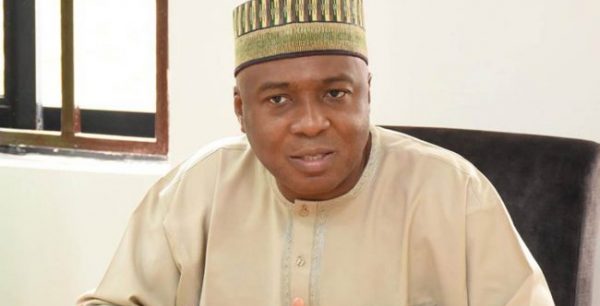 President of the Senate, Bukola Saraki, on Monday saluted the resilience, dedication and contributions of Nigeria workers to national development.

Saraki in a statement by his Special Adviser on Media and Publicity, Yusuph Olaniyonu, in Abuja, also described workers as the mainstay of the Nigerian economy.

“They (workers) form the bedrock on which the building blocks of any sustained national development can be laid,” he said.

He called on the workers to continue to put in their best in any sector they find themselves, saying that their efforts shall never be in vain.

Saraki also promised that the National Assembly under his leadership would support all efforts aimed at ensuring workers are adequately rewarded and well catered for.

“Our workers play crucial roles in all we attain as a nation and that fact needs to be recognised always.”

He added: “On this Workers’ Day 2018 celebrations, I salute all Nigerian workers for their sacrifice and resilience in the face of dwindling economic fortunes.

“What they put in daily to ensure that the ship of state continues to run is tremendous when considered holistically and I want to urge them not to relent in their efforts to help grow the economy in particular and the National in general.

“The National Assembly will always support all efforts geared towards improving their remuneration and general conditions of service and living.

“Workers represent the mainstay of our economy because without them there could be no economic activity of any kind, whether online or offline, digital or manual.”

He however called on workers’ unions to always toe the path of peace and dialogue in making their demands, as both employers and employees need one another to succeed.

“There can be no development without peace and anything done in the pursuit of peace is often good in the national interest,” he said.