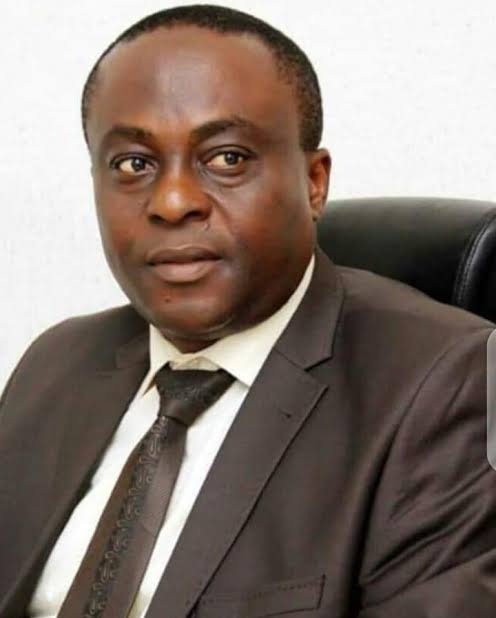 Our attention has been drawn to the article published in the “Hardball” column of The Nation Newspaper on Tuesday, September 28, 2021, titled: “Wike, Combat and Cant” and we cannot help but laugh once again at the manic obsessiveness, which the author of this particular ‘Hardball’ segment, has with everything that has to do with Governor Nyesom Wike.

However, what is rather very disturbing in this constant display of professional mercantilism and the unrestrained effort to mislead the people and misinterpret every action and comment of Governor Wike.

One must say, it is rather shameful for a journalist to resort to the penchant of subtle, yet crude and dangerous slander, to attack anybody who dares to challenge the status quo.

Those who listened to his comments, will also agree that the summary of what Governor Wike said was that enemity, hatred, division have become the definining indices of Nigeria today at 61 years.

He said Nigeria is a dysfunctional nation, where the judiciary has been intimidated, children are not in schools and doctors not in hospitals as a result of endless strikes. According to him, credible elections cannot be conducted and the National Assembly has become a place where anything goes in favour of the government in power, even if it is not in the interest of the people.

Sadly, only Nigerians who are feeding fat from such a country and indeed journalists like the author with his obvious anti-libertarian counter progressive propaganda, which promote and protect the interest of these individuals, will disagree with Governor Wike’s observations and even go ahead to cast puerile aspersion with pedestrian examples on his comments.

Suffice it to say that at a time when majority of Nigerians have been numbed into a development hiatus by the overwhelming suffocation of poverty, censorship, insecurity, nepotism, administrative ineptitude and a certain form of political autocracy which have all been elevated dangerously to statecraft and existential norm, a journalist who should professionally serve as the voice and conscience of the people has become the very instrument to justify these anti-development onslaught on the people.

What is even more worrisome is the realization that the author, rather than raise alarm over the deliberate polarization of the country along all the major incendiary fault lines of ethnicity, religion, partisan seclusion, intimidation and persecution, selective inquisitions and all the divisive tendencies which have sadly reversed all the gains made over 61 years, has now embraced the fifth column business of hounding those who speak up against these ills.

To even describe Governor Wike’s comments during that interdenominational church service, as “combat and cant’ as the writer did with misplaced elitist authority, is so unfortunate that it shamelessly exposed the real hypocrisy of a journalist and his sponsors, who are not only living in regrettable, unpardonable denial, but are the very dangerous ilk who are constantly and deliberately subverting national consciousness and turning the glaring truth of what Nigeria has become, on its head.

It is indeed a crying shame that we have in the last six years, transformed quite pathetically, into a nation where for example, state Governors, whose voices ought to be resonating loudly against the impunity that undermines our democratic federalism, have been brow-beaten into a complicit silence, as we watch in helpless horror, the systematic regression and overhaul of a nation’s development garnered painstakingly over 61 years.

Nigeria has never been more divided at any time in its 61 years history than it is today. The country is presently in a dangerous connundrum of identity crises stoked and fuelled by the continued endorsement and justification of leadership impunity and docility by the likes of the writer. Is it any wonder therefore that Governor Wike’s voice is the only one resonating loudly, clearly and independently against these manifestation, as we celebrate the auspicious occasion of our independence as a country that is 61 years old?

Ironically, even many of the leaders who have chosen to couch these desperate times in hopeful platitudes, celebrate the reversal of national essence with choice phrases and pretend with motivational innuendos that a nation which totters precariously on the brink of self implosion and immolation, is making progress, know deep down in their hearts that they are lying to their people.

Governor Wike has proven time and again that he is a courageous, bold, focused and determined leader, who will say a thing like it is and not address it by any other name, just to sound politically correct and please some people.

By the way, at the end of his exhortation, Governor Wike called on the congregation, with the permission of the Church, to join him and the choir to sing the first and last stanzas of the Hymn, SSS 577: “I need Thee Every Hour”. This was indeed quite apt and poignant, to capture the mood and state of affairs in our country today.

There’s definitely no doubt whatsoever that Nigeria needs help at this time in our nation’s evolution, as we celebrate 61 years of Independence.

* Nsirim is the Commissioner for Information and Communications, Rivers State