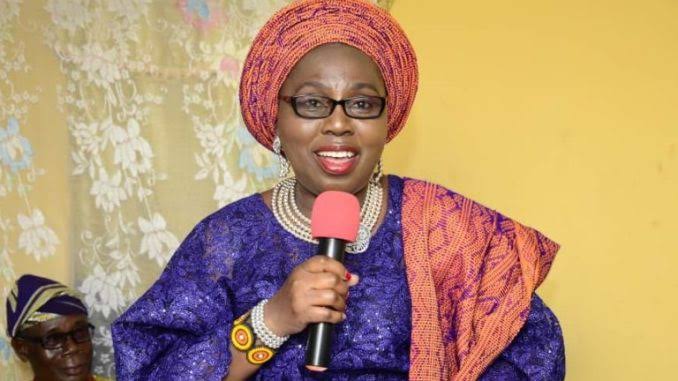 Mrs Betty Anyanwu-Akeredolu, wife of the Ondo State governor, has urged government to invest in the girl-child education and initiatives to solve security challenges bedeviling the country.

Akeredolu made the appeal on Saturday in Akure during the closing ceremony of 2021 BEMORE Summer Boot Camp for 368 girls in Ondo State.

Akeredolu, founder of BEMORE Empowered Initiative, said the insecurity in the country was rampant due to early marriages, violence and other vices against women, hence the need to invest in the girl-child.

According to her, the greatest mistake Nigeria has made is by denying the girl-child access to equal education and discrimination.

“It is not too late to turn the tide around. During the two weeks in camp, we instill in them sense of patriotism in words and deeds.

“They will use their talents, skills and knowledge to serve Nigeria.

Earlier, Dr. Ogbonnaya Onu, Minister of Science and Technology, said equipment maintenance kits would be donated to the participants of the boot camp for use in fabrication of Information and Computer Technology (ICT) materials.

He enjoined the participants to ensure that any idea or innovation learnt during the boot camp was patented.

Mr. Bassey Obeten, BEMORE Technical Coordinator, said the statistics were not favourable for girls, hence the obsession for the girl-child.

He said there was the constant complain against gender inequality, which brought about the need to tackle the menace.

“Girls are not up to 50 per cent in engineering classes. Only five per cent of the girls in the camp were from urban centers, and 80 percent had never been exposed to ICT training, BEMORE was the first experience.

“Our strategy is simple, catch them young. This will ensure that they are introduced to technology at an early age,” he said.

She also said the lessons on technological innovations learnt by the girls in camp would enable them to be familiar with ICT, which would be put to good use and improve the socio-economic condition of the country.

Certificates, laptops and home light solar kits were presented to each of the participants. (NAN)