Home Features Why Suicide is Increasingly Becoming an Option for Many Nigerian Youth –... 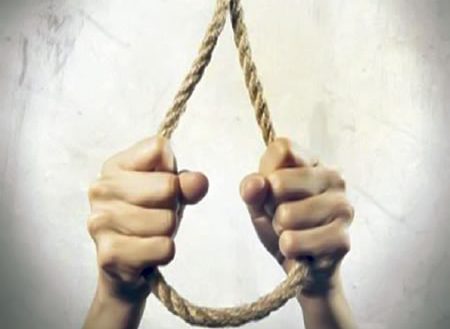 Suicide, especially among the youth in recent times, seems to have become a common occurrence.

Hardly a day would go by without news of a young person committing suicide or attempting to and really the reasons for the suicides just point to the fact that many Nigerians are on the short fuse; a case of touch and go, if you may.

Each time one goes on the social media, it appears there are some young men and women who have decided they are done with the world and are ready to end things.

Hashtags like #SucideIsNotAnOption, #SayNoToSuicide and others are becoming a common trend, especially on Nigerian Twitter handles. This wasn’t always the case.

Could the fact that times are hard be a contributing factor? Could it be a by-product of mental health of the people? Is there a need for focus to be shifted to mental health especially amongst the youth so as to tackle this dangerous trend? Is it a fall out of the unholy experimentation with all manner of drugs by the youth?

Dr. Festus AbasiUbong, a psychiatrist with the University of Uyo Teaching Hospital, believes the incidences of suicide have not increased; rather, people are more aware of it.

“People are claiming suicide to be due to difficult life situations, but what I can say is that it’s not as if it has increased, but the awareness has increased. A lot of people were committing suicide and people didn’t disclose it or it was done in secret. Now the few ones that are done are done in the public and it looks as if it is very high.

“There are risk factors for suicide; gender difference, age, marital status, race, climate, physical health and mental ill health. There are other risk factors as well like religion. For example, those who are Catholics don’t commit suicide as much as those who are Pentecostal. All those are things that one needs to take into consideration,” AbasiUbong said.

He went on to talk about how it can be prevented.

“If you take care of the risk factors, most of the suicides will be prevented. The one that is due to illness; maybe someone has a physical problem or has a mental problem but before someone gets suicidal there will always be that depressive episode.

“Depression is one thing that makes people to commit suicide, so one needs to take care of the mental and physical problem. The marital issue is common with those that are single; those that are married can at least relay their problems to their partners,” he added.

Some Nigerians believe there is a spiritual aspect to someone taking his or her own life. While this may sound far-fetched, it is not to be ruled out. Is there something the religious bodies could do to encourage the youth more and make them not look to suicide as a way out?

Mr. Sunny Fidelis, a pastor with City of Impact, Church, Cross River State, had this to say.

He stressed that if the rate of suicide must be curbed, the church has to change the message it is putting out to its congregation.

“The church needs to change its message and let the people see that, like Paul said, ‘If all our hope is in this world, we are of all men most miserable.’ So the church has been making the people’s hope to be all about this world, that they must marry. I believe that someone can be happy without marriage; that someone can marry and refuse to have a child not because they are barren and go to the motherless home and pick children there to raise. These are the things that the church needs to preach. To me, the solution to the increase in suicide rate is the church because every person, including an armed robber has a church.

“The church needs to now change its message from this material blessing into making people know that when you seek first the kingdom, it is the satisfaction of the kingdom and Christ that will make every other thing to come. For example, imagine the young lady that hanged herself because she failed WAEC, what is that? Failing WAEC? There are plenty WAEC that will come. The church needs to make the people to see that the future is bright. The blessing of God is not just the material things. You can’t put your faith only on material things.” he said

The Internet has also not helped matters much as some Nigerian social media users are not very kind to people who look to the social platforms for succour in their times of trouble.

Yes, some people going through stuff can decide to rant about it on social media. Some are seeking for cheap attention, but there are some who are in genuine need of comfort, even from strangers.

There have been instances where a suicidal person announced that he or she is contemplating suicide and some people encouraged the person to go ahead. They rained abuses, laughed him or her off and just didn’t show concern.

If anyone is brave enough to share something that personal online, it’s the place of everyone who comes across it to encourage the person to see a reason to hang on to life. But not to mock the person thereby reducing his or her self worth.

If you don’t know what to say, don’t say anything:

While no one, except maybe trained professionals, can know what goes on in the mind of someone contemplating suicide, it’s necessary for everyone to know the signs to watch out for in their family and friends. This comes in handy and can save a life or two.

What to Say and What Not to Say:

MANI (Mentally Aware Nigeria Initiative) listed the following as things to say and things not to say to a suicidal person in an article published on their platform.