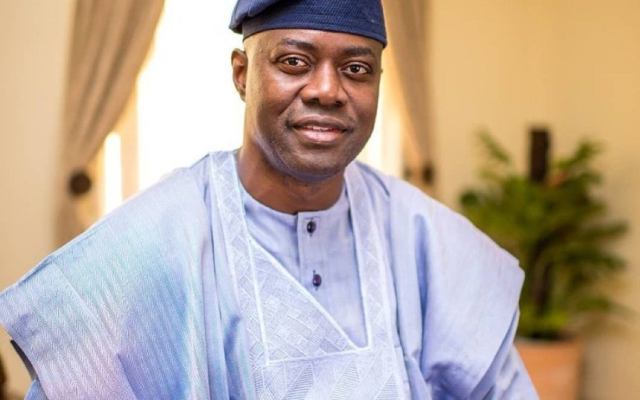 Oyo State Governor, Seyi Makinde has assured of his determination to tackle hunger and bring down anger in the state.

Makinde gave the assurance on Monday in Ibadan during his investiture as the Grand Patron of the Nigeria Union of Journalists (NUJ), Oyo State Council.

Urging the citizens to work for the development of the state, the governor noted that the recent influx of people to the state was an indication that the economy of the was picking.

Specifically, Makinde appealed to journalists to use their skills and profession to build the country and not to destroy it.

The investiture was part of the Press Week which has as its theme: “Journalists and the Development of Underdevelopment in Nigeria.”

The Press Week also featured the inauguration of the NUJ Press Centre at Iyaganku, Ibadan.

Addressing journalists,  Makinde said: “We need a change of course, everyone has a role to play in bringing about development in our country.

“As journalists, it’s either you develop this nation or destroy it, it’s a choice, a wrongly worded sentence can spark and burn the nation.

“Don’t think you can retract your story, a news story is like oil, you can attempt to wipe the spill but you can never get it all back.

“Journalists have roles to play in the society, when you see something you are expected to say something.”

He urged journalists to avoid fake news and yellow journalism.

In his welcome address, the state NUJ Chairman,  Mr. Ademola Babalola,  noted that journalists had the constitutional duty of holding political office holders accountable to those that elected them.

He admonished journalists to keep hope alive and continue to keep those in positions of authority on their toes.

He called on the governor to confirm the appointments of about 50 NUJ members who have been freelancing at the State owned Broadcasting Station (BCOS) for between seven and 12 years.

Babalola also appealed to the governor to consider recruiting journalists in other establishments in the state.